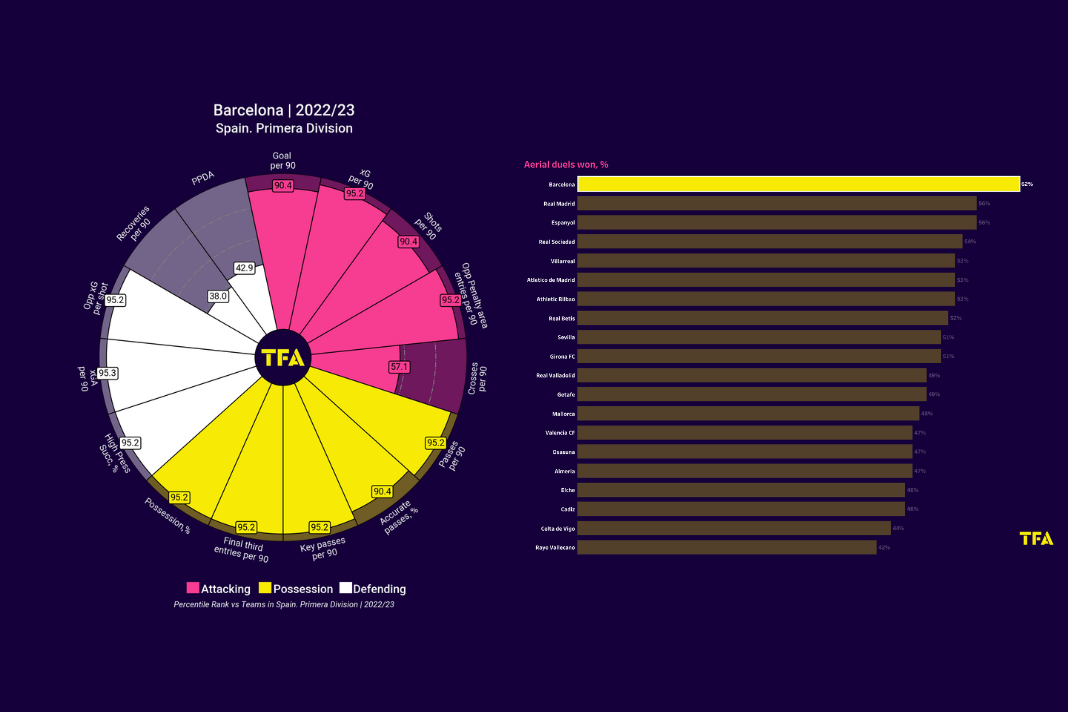 Barcelona was down in the doldrums when Xavi Hernandez took up the mission to save his club. All odds were against him as Barcelona was struggling not just from a sporting point of view, but also from an economical point of view. But they sit at the top in La Liga halfway through this season and look good enough to win the league. They have scored 33 goals this season and have only scored five goals this season, the least by any team. Barcelona have 37 points from 14 matches, having won 12, drawn, and lost one match each. Xavi’s side has found ways to win matches in difficult circumstances and turn the match in their favour.

We look at some stats to understand how Xavi has turned Barcelona into a title contender.

Barcelona signed a bunch of players in the summer in their effort to take themselves to where they were years ago. Xavi brought in reinforcements at every department and they have worked out well for him. They, along with Real Madrid have scored the most number of goals this season. In addition, they have conceded just five goals. 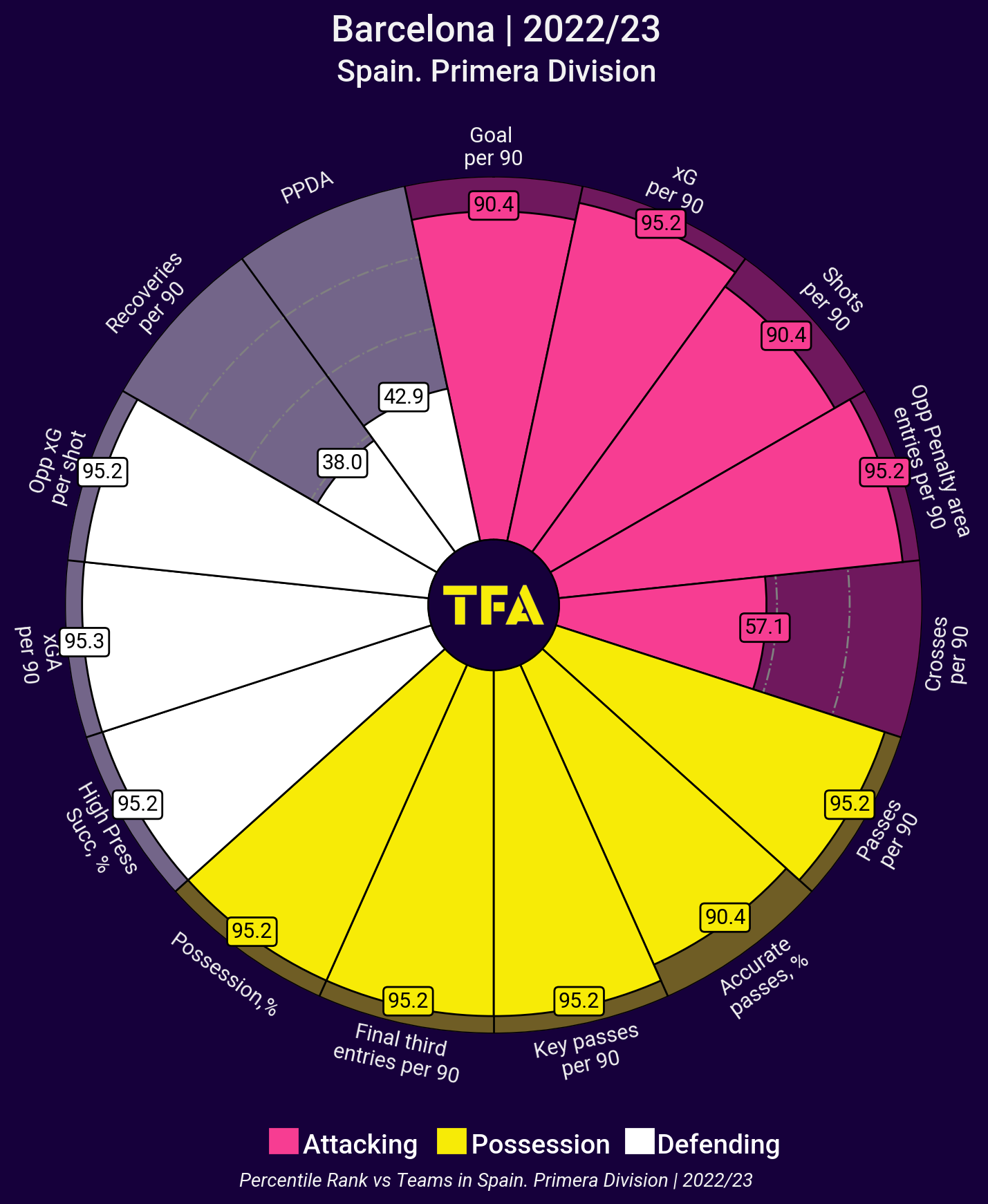 Barcelona signed the likes of Robert Lewandowski and Raphinha in the summer to bolster their attack and they have done just that. Lewandowski has scored 13 goals this season and is the top scorer in La Liga. The addition of Lewandowski as the focal point has helped Barcelona immensely as they score an average of 2.46 goals per game. 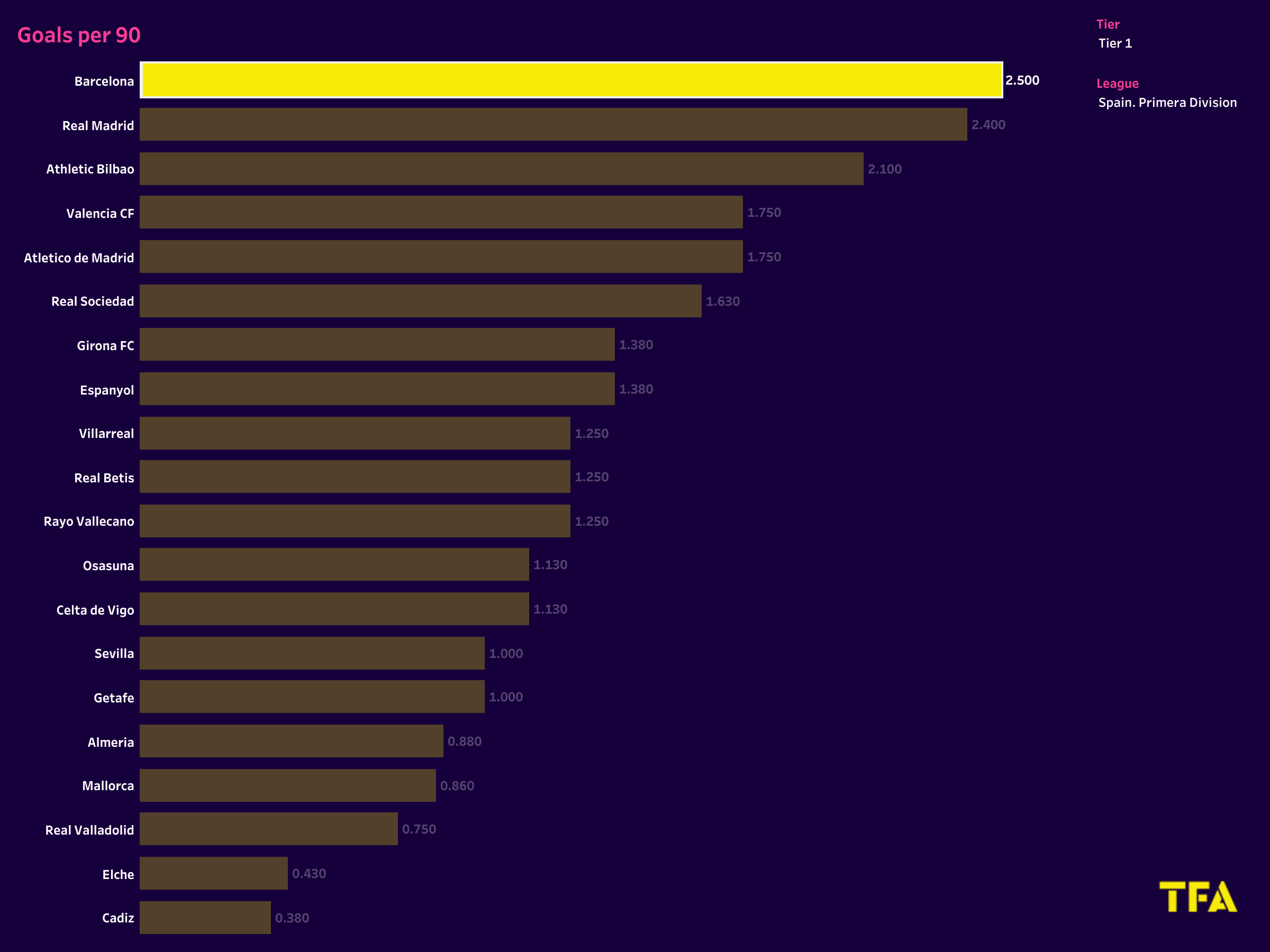 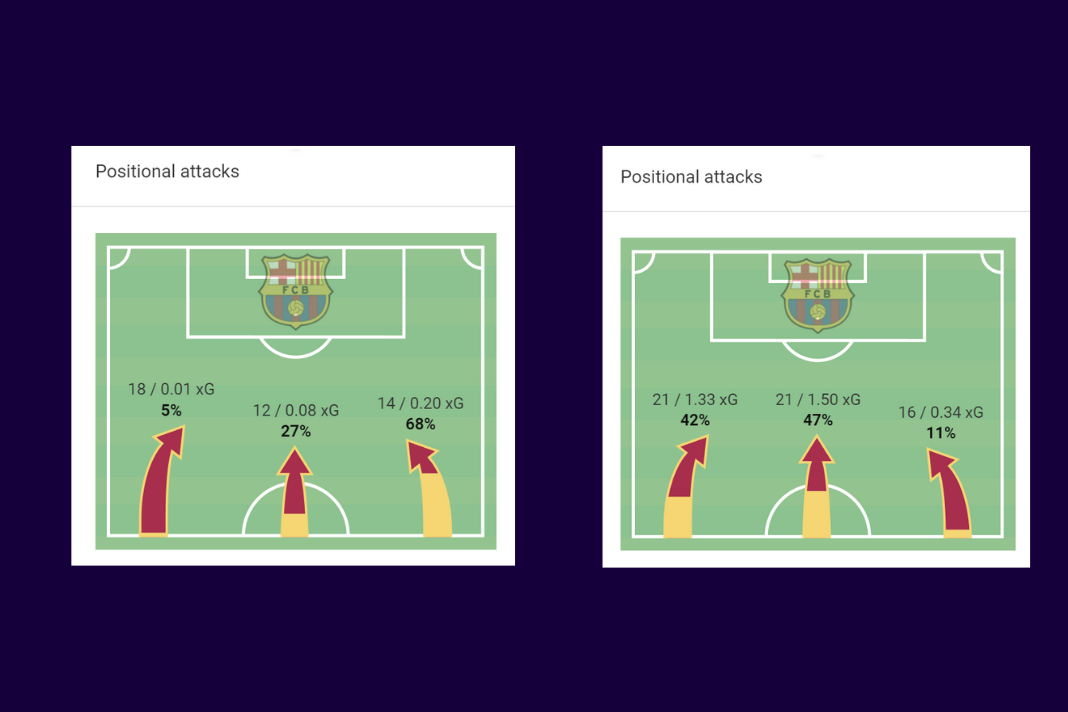 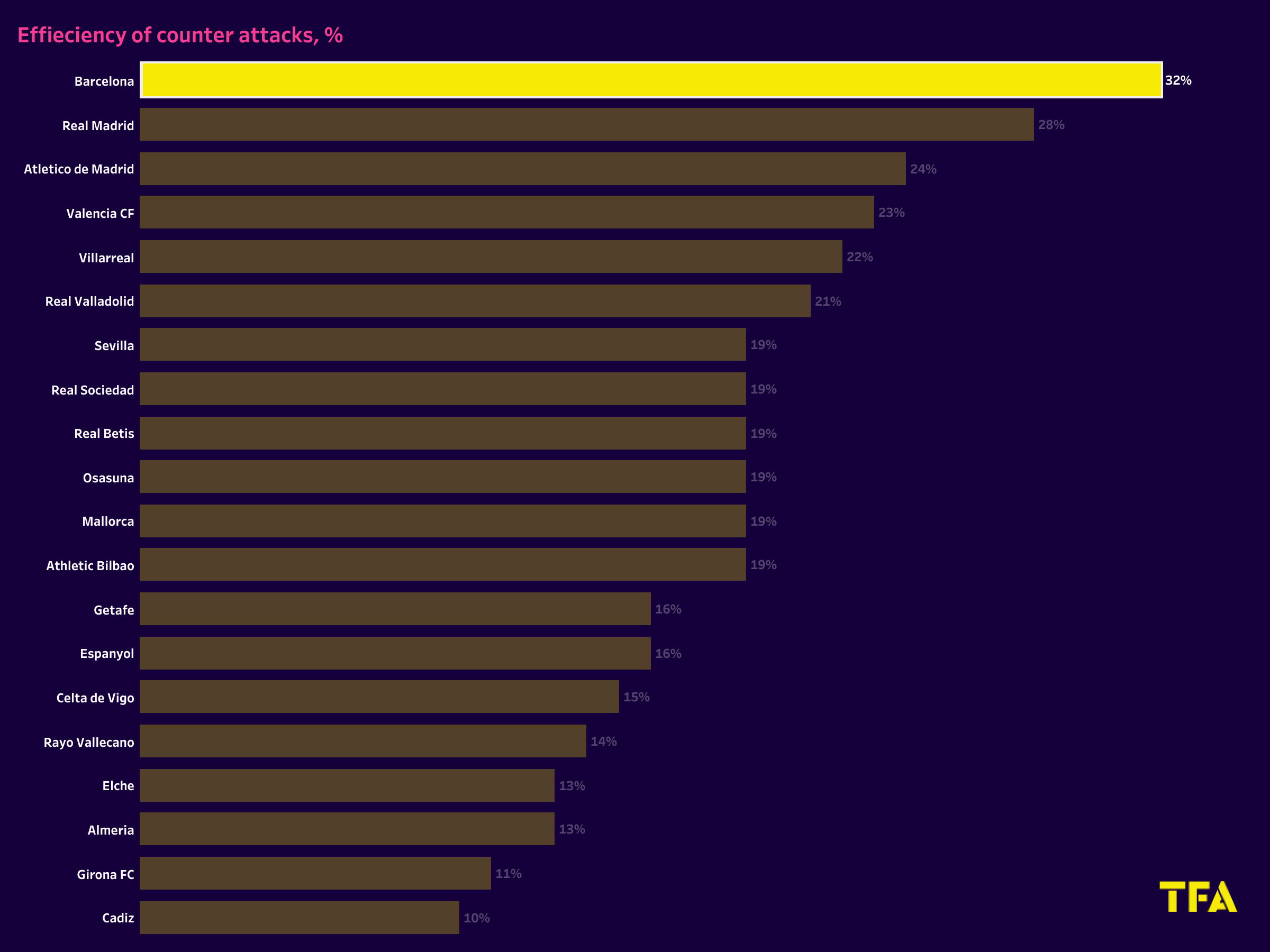 Another important thing Xavi has focused on is the efficiency of counter-attacks. Barcelona have fast players like Ousmane Dembele who can be released through quick counterattacks. Now with a striker like Robert Lewandowski, they have a guaranteed goal scorer as well. The efficiency of counter-attacks has gone up from 36.4% last year to 55.2% this year.

Barcelona has an incredible defensive record this season. They have only conceded five goals this season, averaging 0.77 goals per game. Even when they have had defensive errors, goalkeeper Marc Andre Ter Stegen has stepped up and has 11 clean sheets to his name. 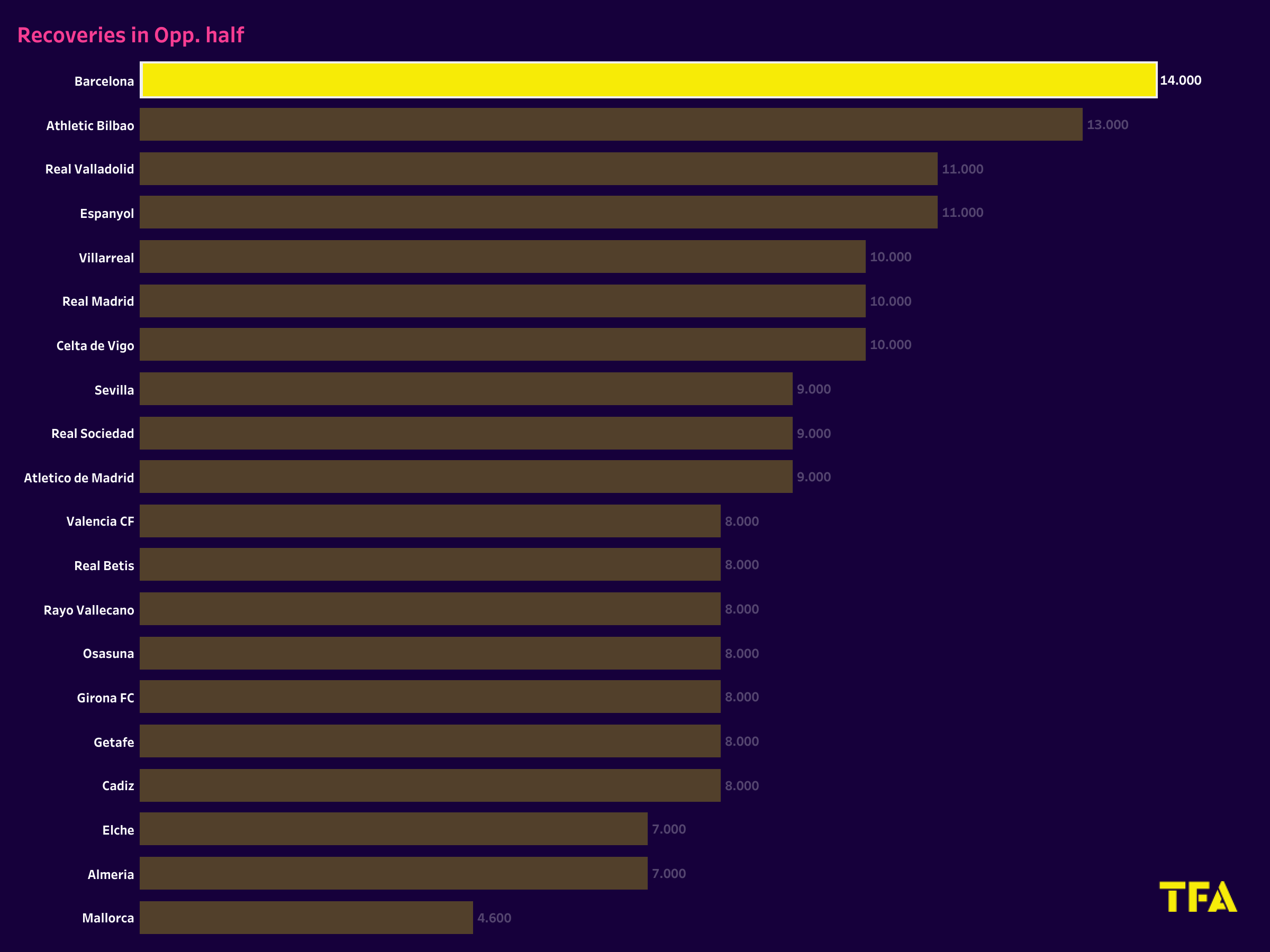 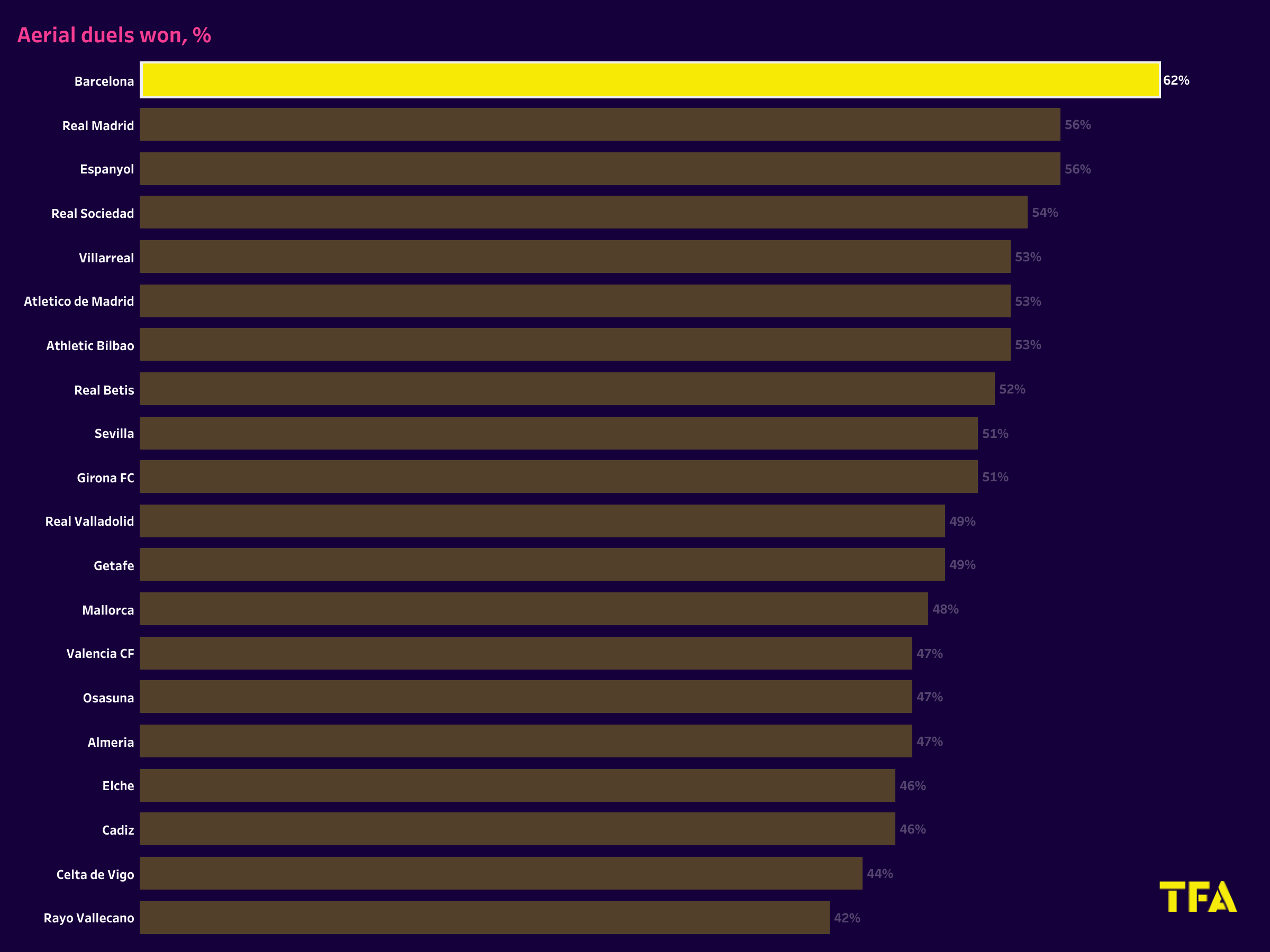 Barcelona have the best record in La Liga for aerial duels won. They have a success rate of 62% in aerial duels and make around 23 per game. They also take part in around 58 defensive duels per game, winning 62.2% of them. The presence of tall players like Lewandowski, Christensen, and Busquets helps them win aerial duels. The Blaugranas also make around 34 interceptions per game.

In La Liga, Barcelona appears to be a different team than in the UEFA Champions League. They look like title contenders who play to win and are ready to take on anyone. Their attack has been in great form, and the defence has held the fort even when injuries struck them one after another. If they continue their form in the league, Xavi might get the first trophy in his coaching career.

Inside the feud between RFEF and La Liga

Can Exequiel Palacios enthuse the Bernabeu?

Isco, the personification of inconsistancy