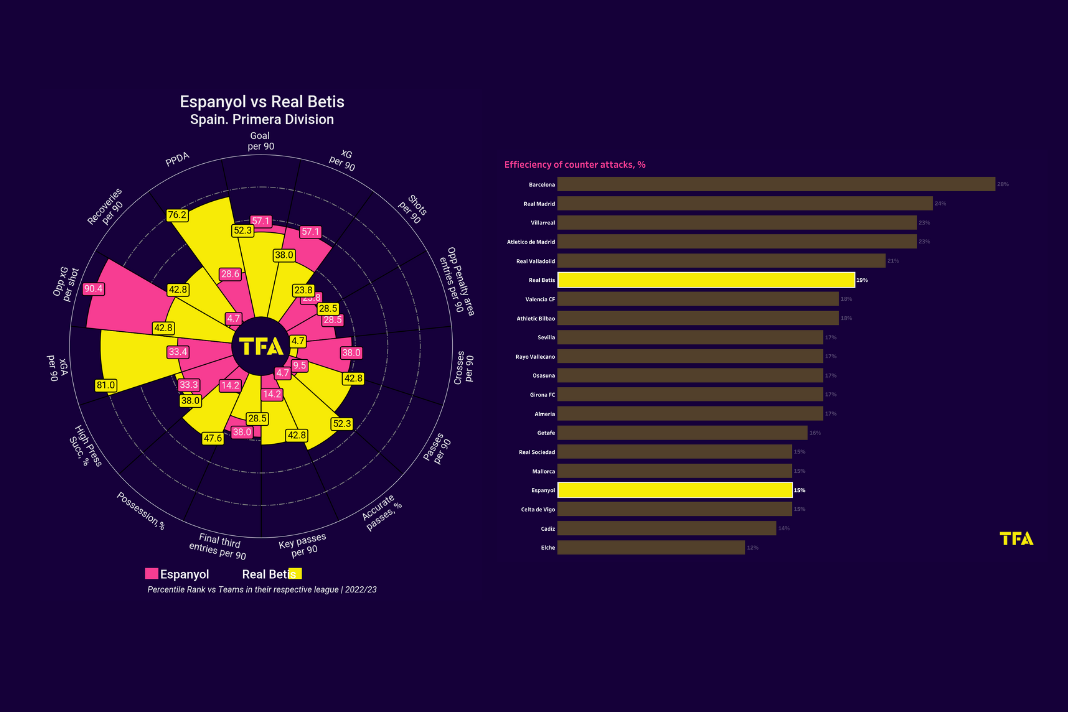 Espanyol will welcome Real Betis onto their turf on Saturday in La Liga as the two sides take on each other. The hosts, who are 14th in the table, will be looking for their second straight win, while Betis will be looking for an opportunity to get into the top four positions.

Espanyol have 17 points from 17 matches, with three wins, eight draws, and six losses to their name. They are unbeaten in the last three games and will be looking to secure three points against Betis.

On the other hand, Real Betis will be looking to secure their ninth win of the season as they travel to Barcelona. They won their last match against Rayo Vallecano 2-1 and will be raring to go again. 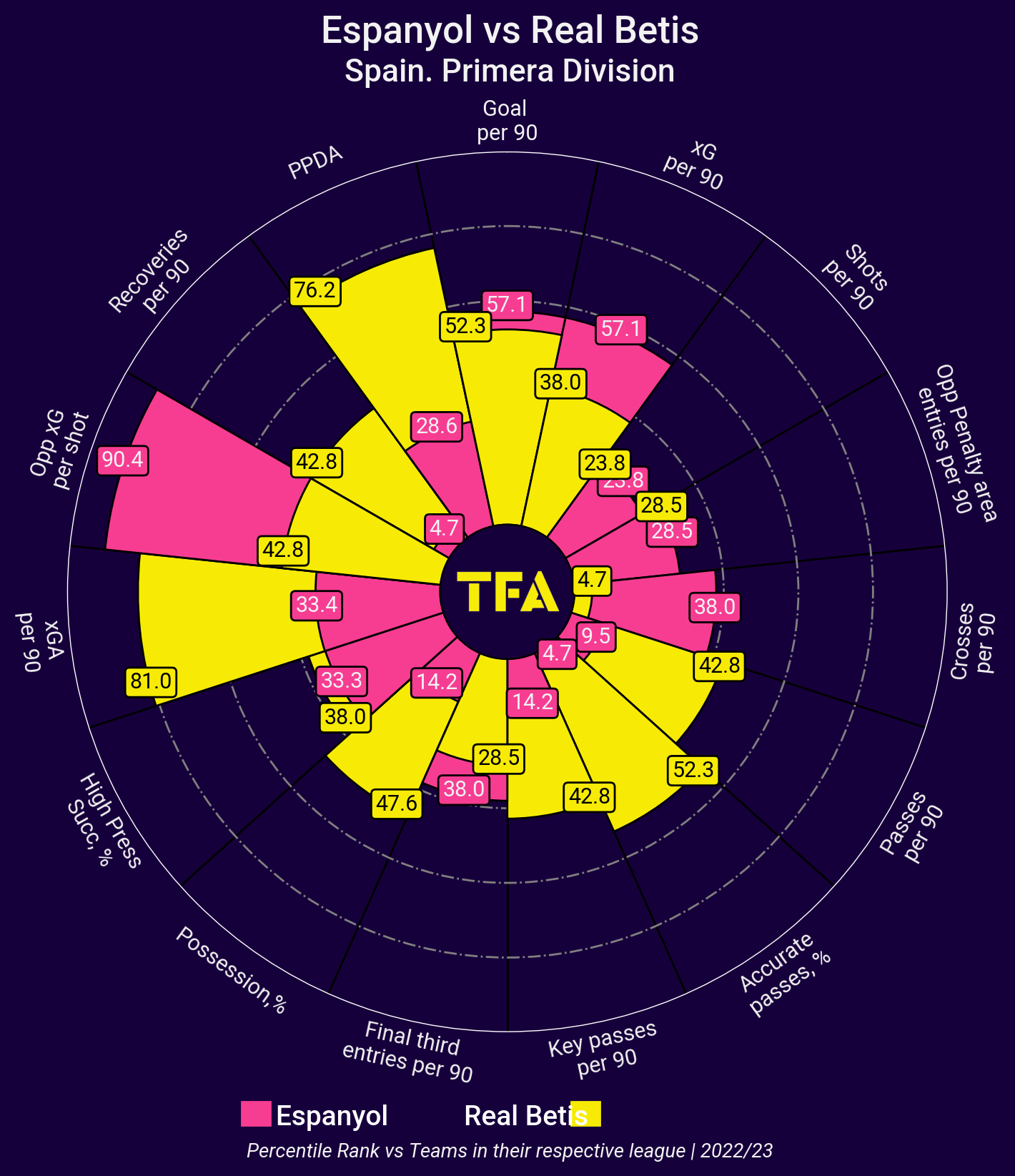 The visual above shows both Espanyol’s and Real Betis’ percentile rank compared to other teams in La Liga. The hosts pose a higher threat in goals per game, crosses, and final third entries, while the visitors have better stats in passing accuracy, possession, high press success, and recoveries per game. Betis will be aware of Espanyol’s higher goals per game threat, while the hosts will be trying not to let the visitors press them and recover possession. 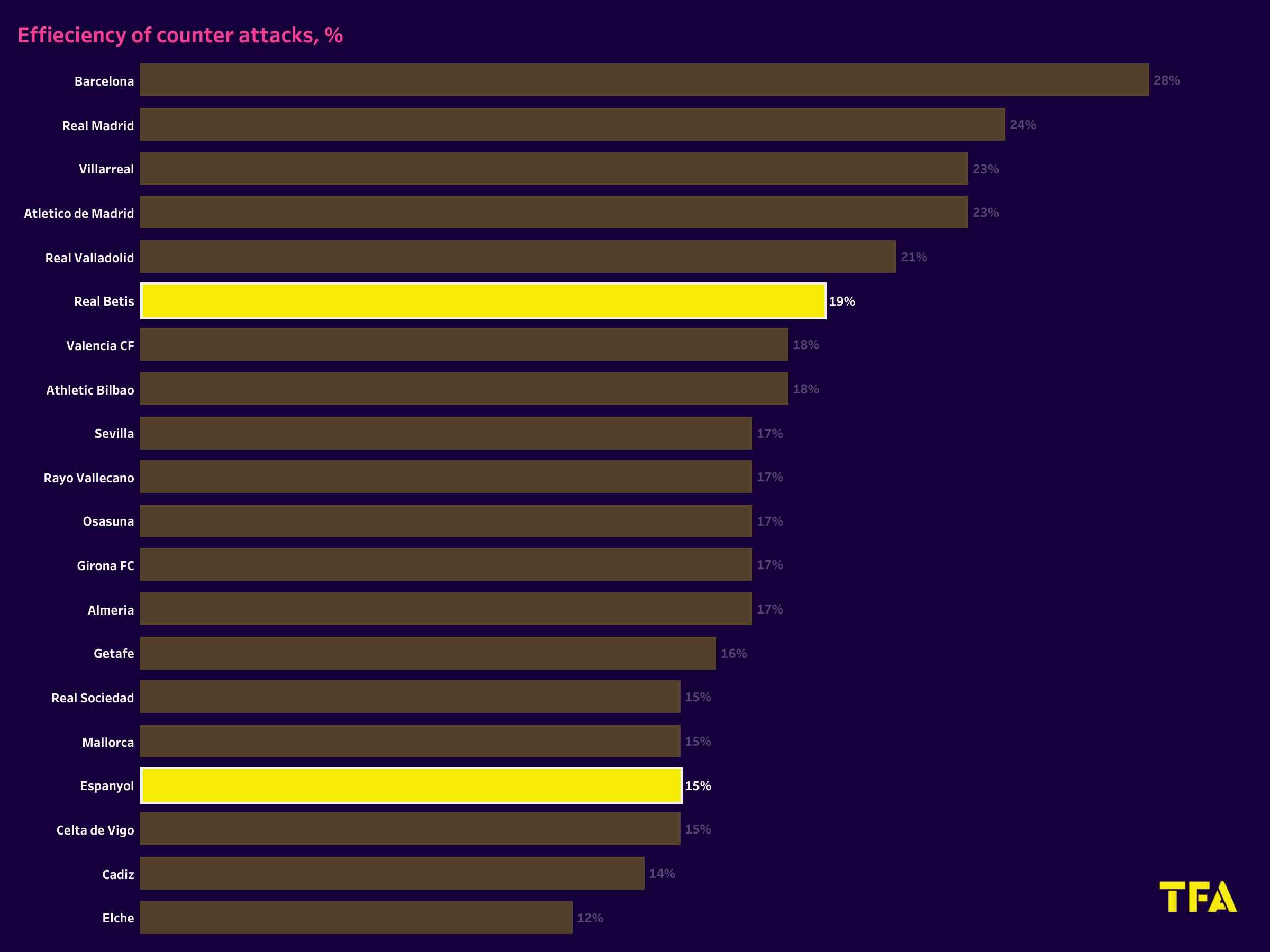 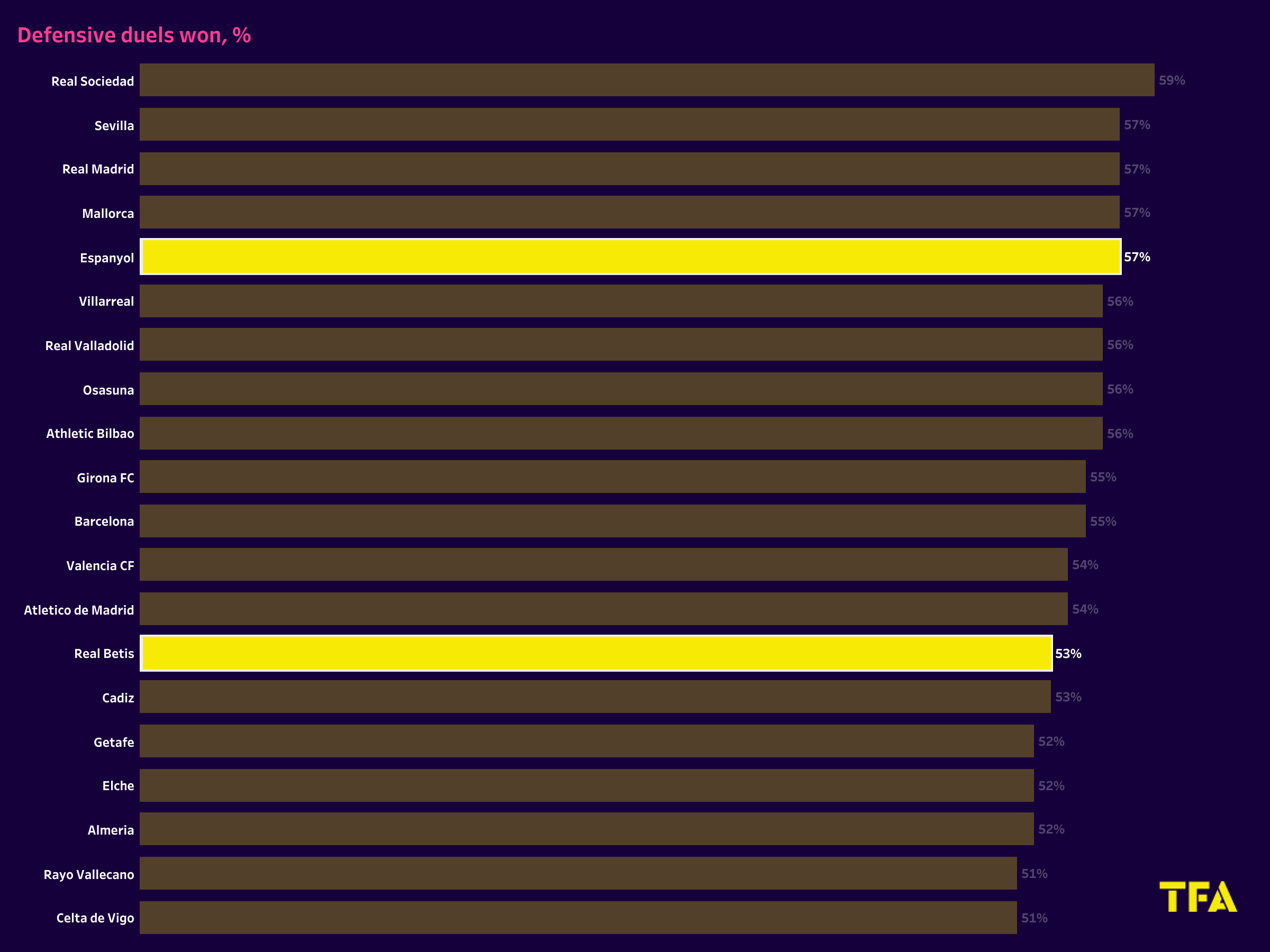 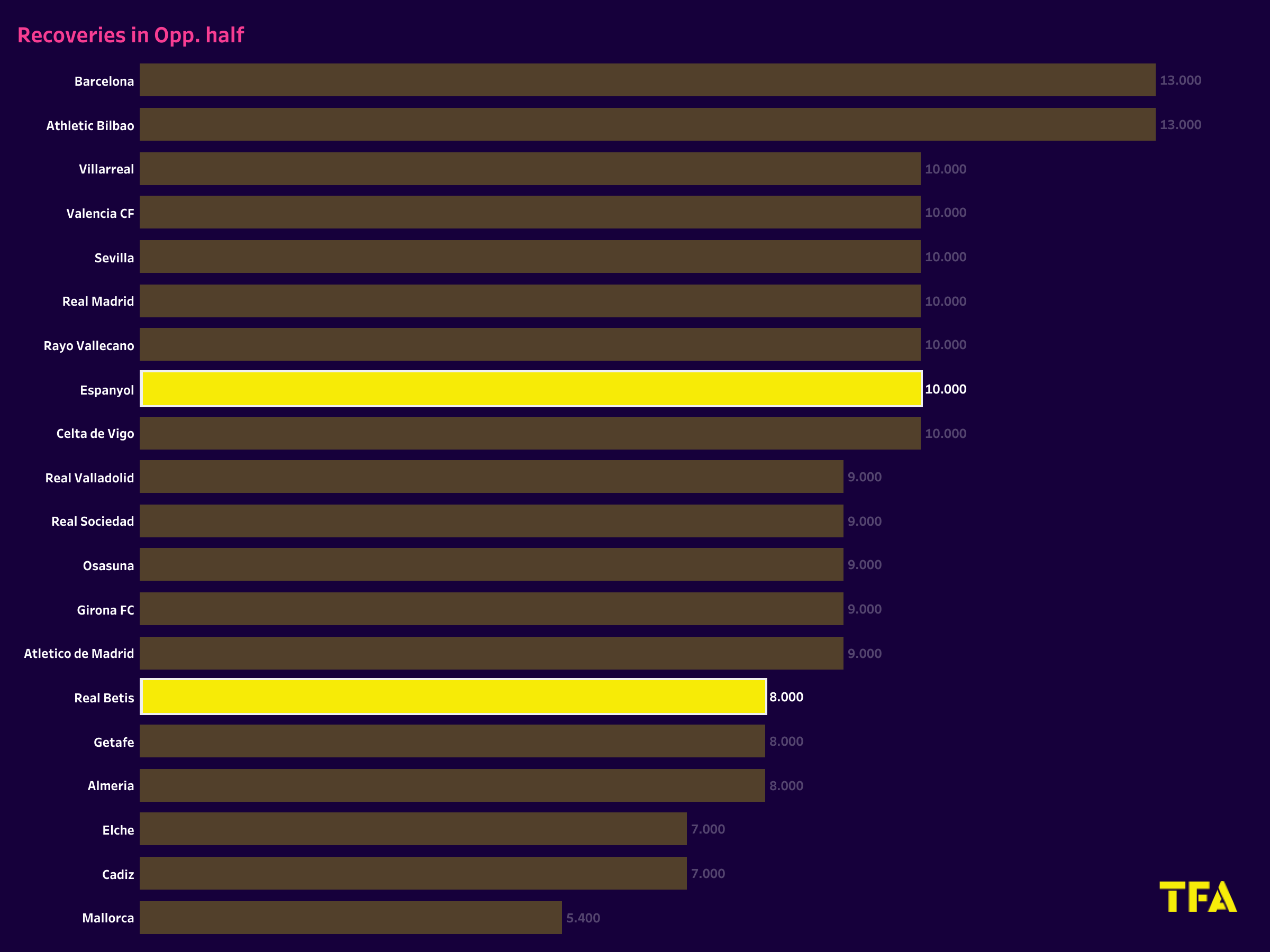 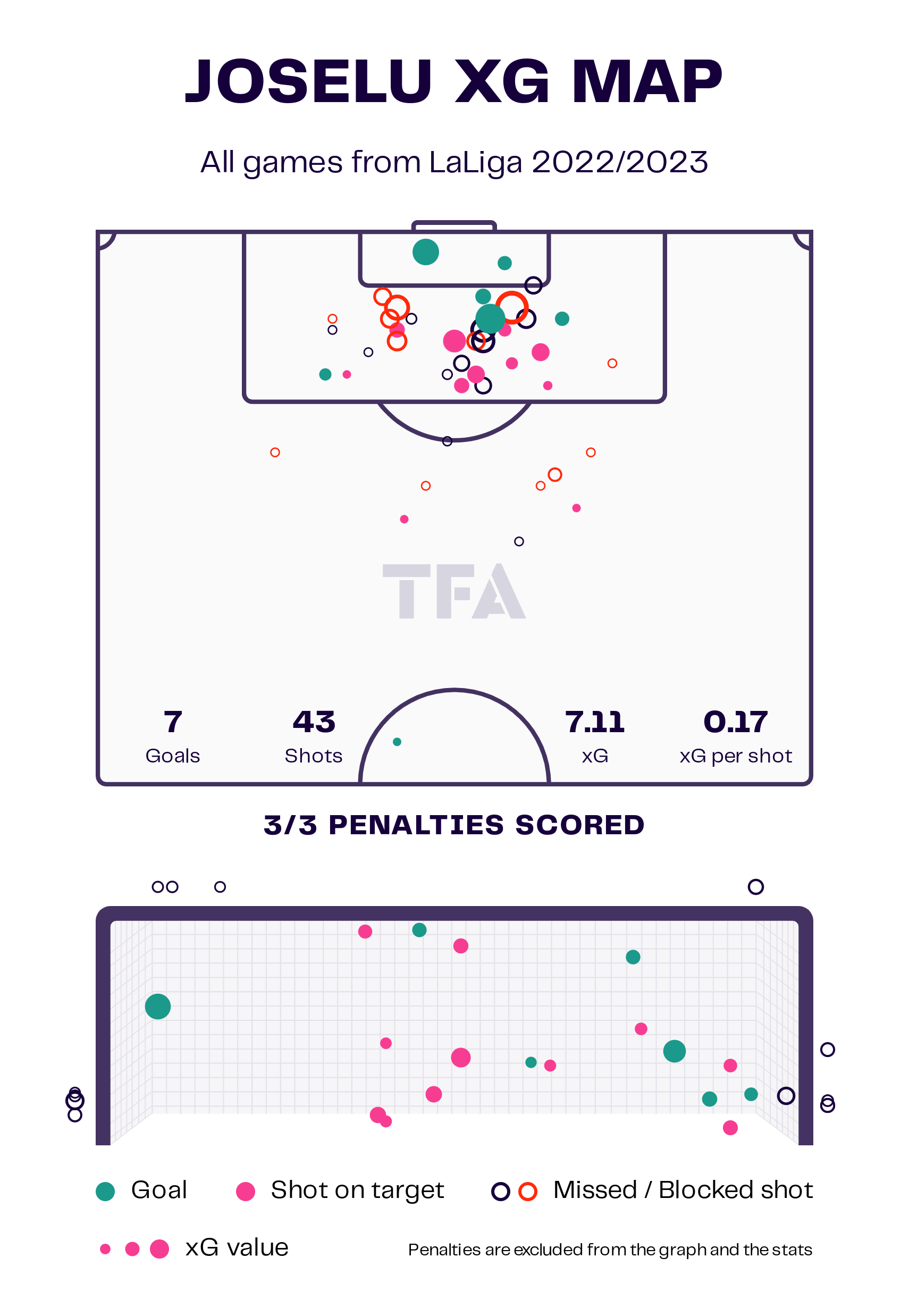 With ten goals from 17 matches, Joselu is their top scorer this season. He has scored seven goals from open play and converted all the penalties he has taken. He will play a key role in deciding the outcome of the match as he will be a key player. 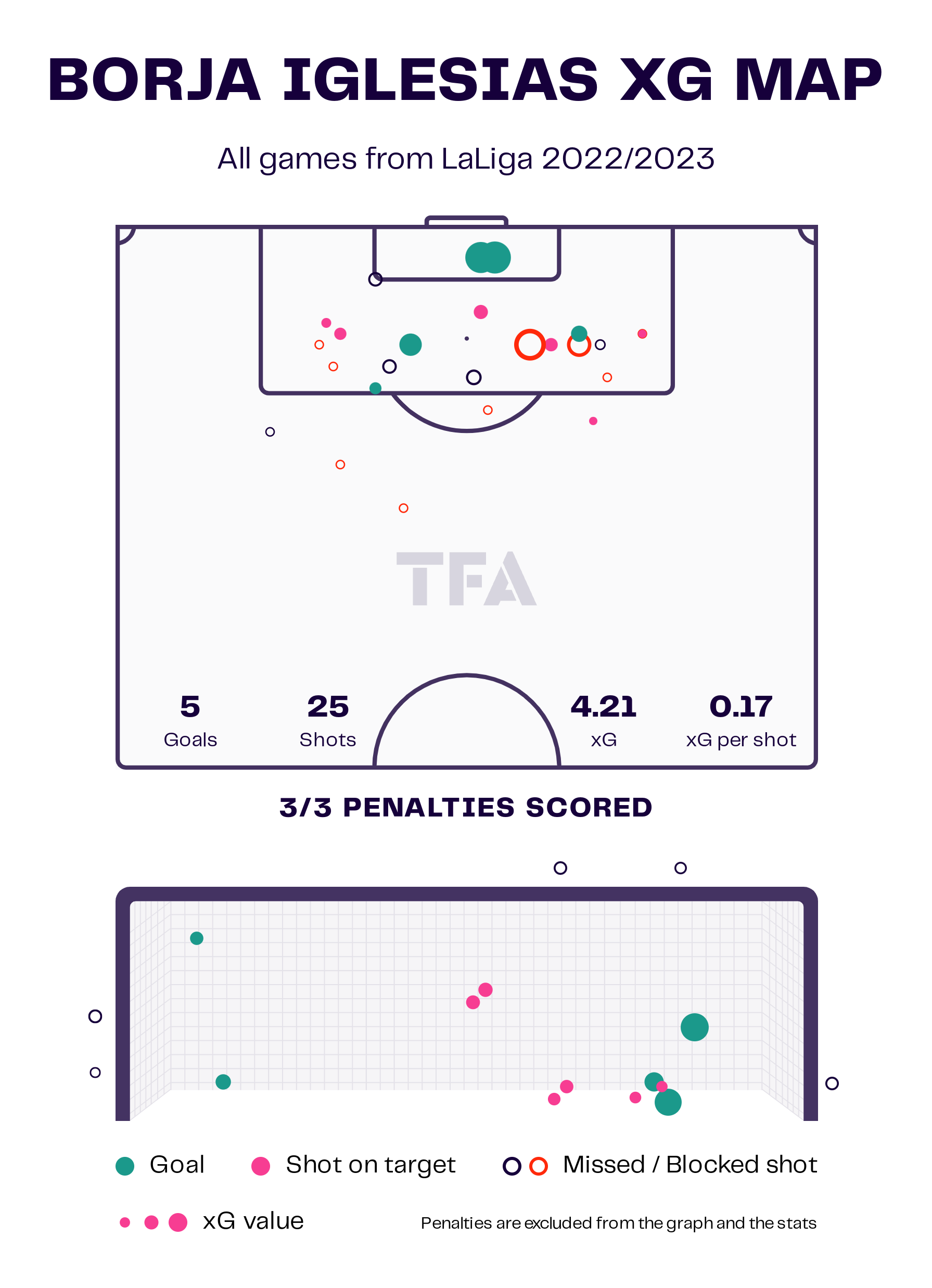 The visual above shows Borja Iglesias’ xG map from this season. He too has converted all the penalties he has taken and will be waiting for an opportunity to strike. Betis will need their main man to play well in this match.

Looking at the 1×2 market, the odds for Espanyol are placed at 2.81, while they are placed at 2.74 for the visitors. Meanwhile, in the over/under lines market is expected to be around or below 2.5.

Espanyol will most likely go ahead with the same lineup from the last match as they don’t have any new suspensions or injury concerns.

Real Betis should also be looking to start the same lineup they used against Osasuna in the Copa Del Rey. Nebil Fekir might make a return to the starting lineup.

The Data: Switzerland lose away to Italy