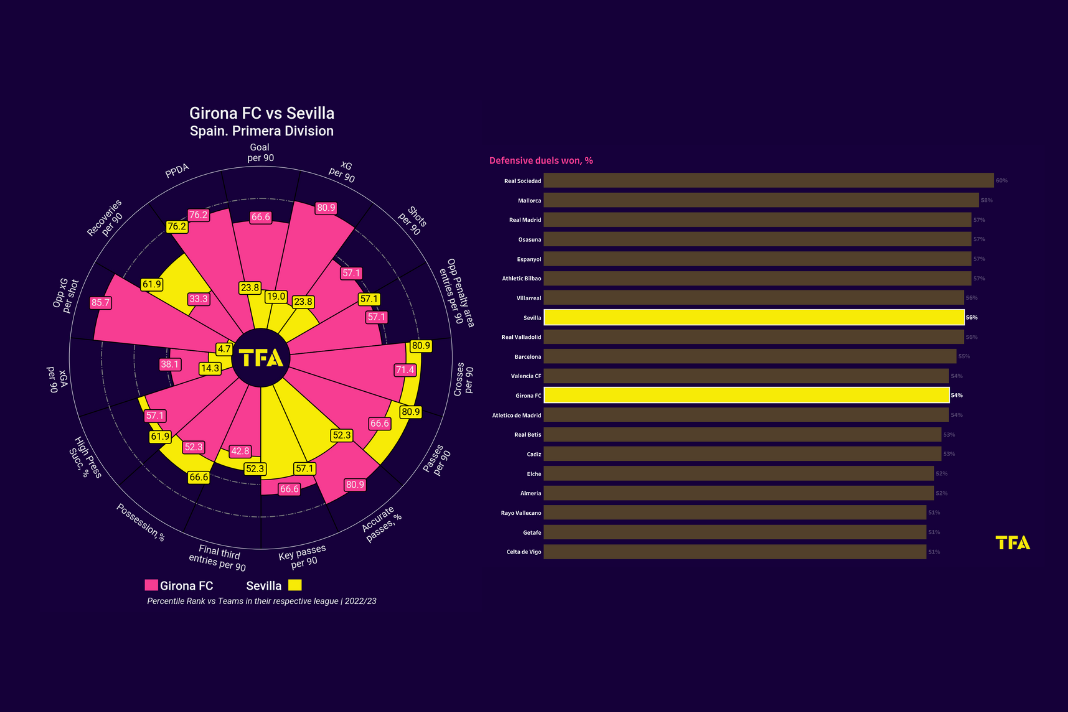 Sevilla will travel to Girona to better their chances of moving away from relegation. The visiting side has had a horrid start to the season but will be looking to build on their win in their previous outing.

The hosts are in the 12th position in La Liga with 18 points from 16 matches. They have won four matches, drawn three, and lost six matches apiece. Girona have not started the second half of the season in the best way, as they are winless in their previous two matches.

The visitors have won only three matches this season and are having one of their worst seasons ever. They, however, managed to win their previous game against Getafe. They are 17th in the table with just 15 points from 16 matches. Sevilla will be looking to draw inspiration from their performance in the match against Getafe. 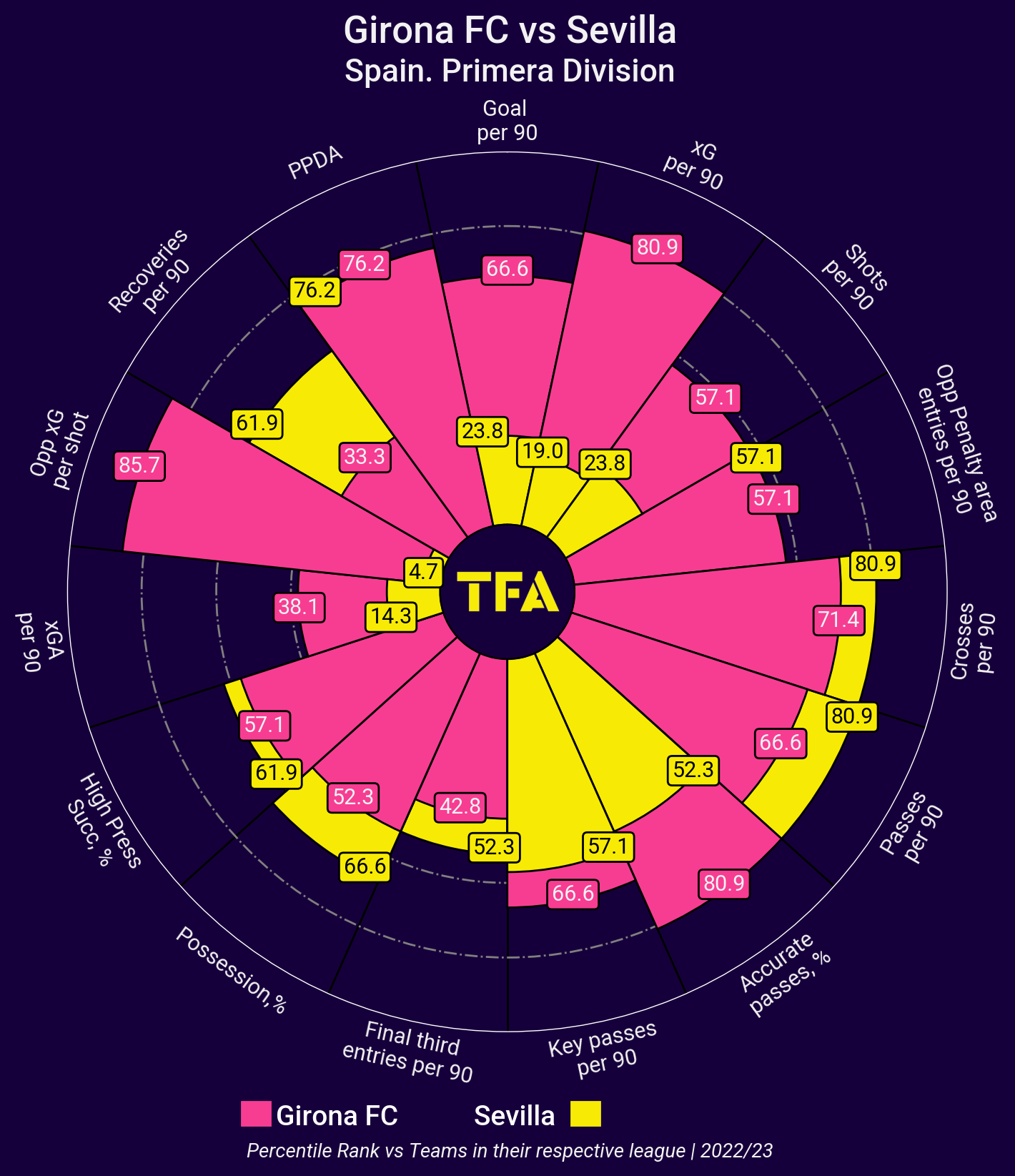 The above visual shows the percentile rank of Girona and Sevilla compared to other teams in La Liga. The hosts have better stats in passing accuracy, key passes, goals per 90, and shots per 90. Sevilla has better stats in passes, crosses per 90, and percentage of possession. They are also ranked high in pressing success and higher in recoveries per 90. Girona takes more shots in a game than Sevilla and is ranked in the top 57.1 percentile. 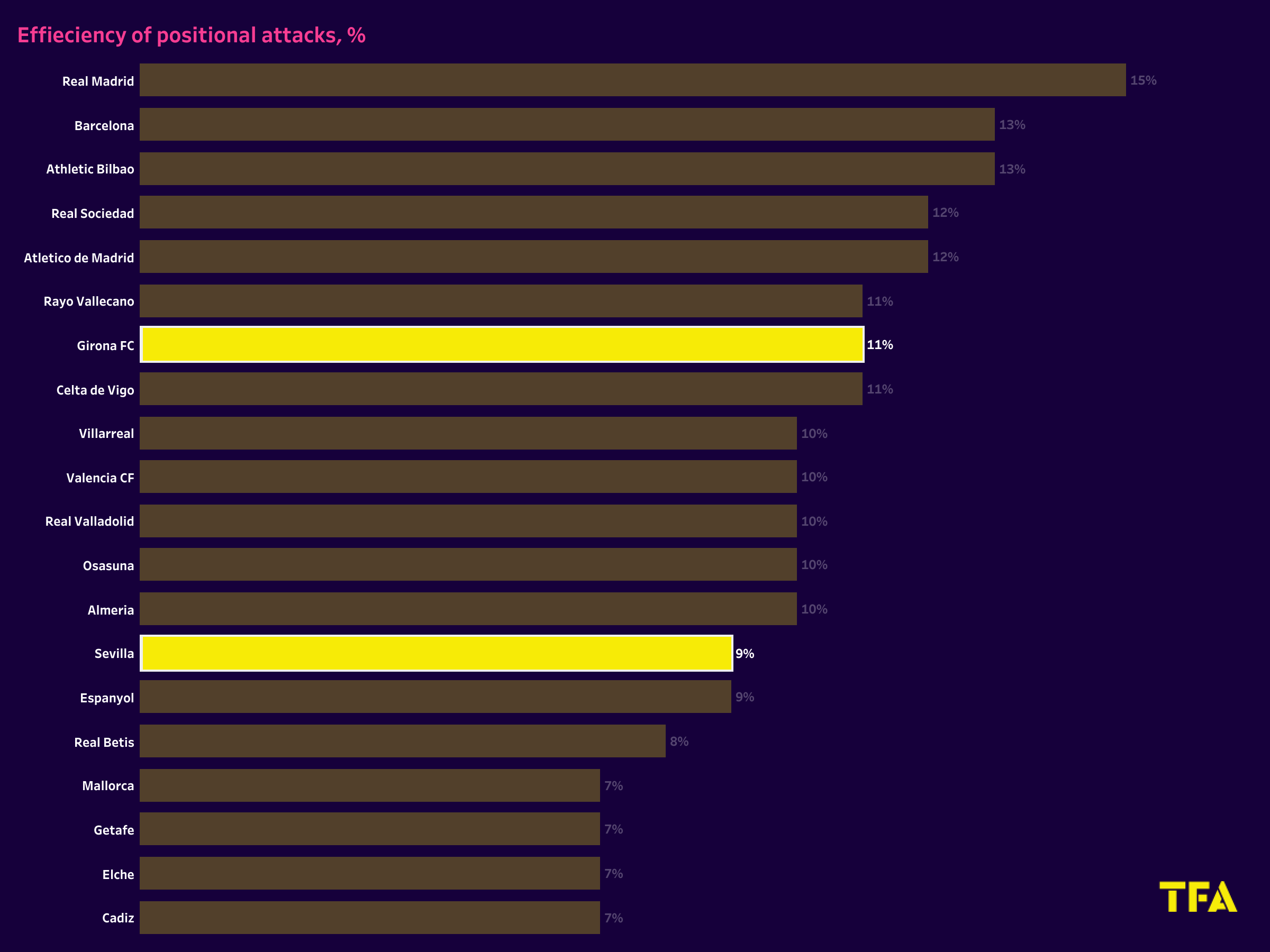 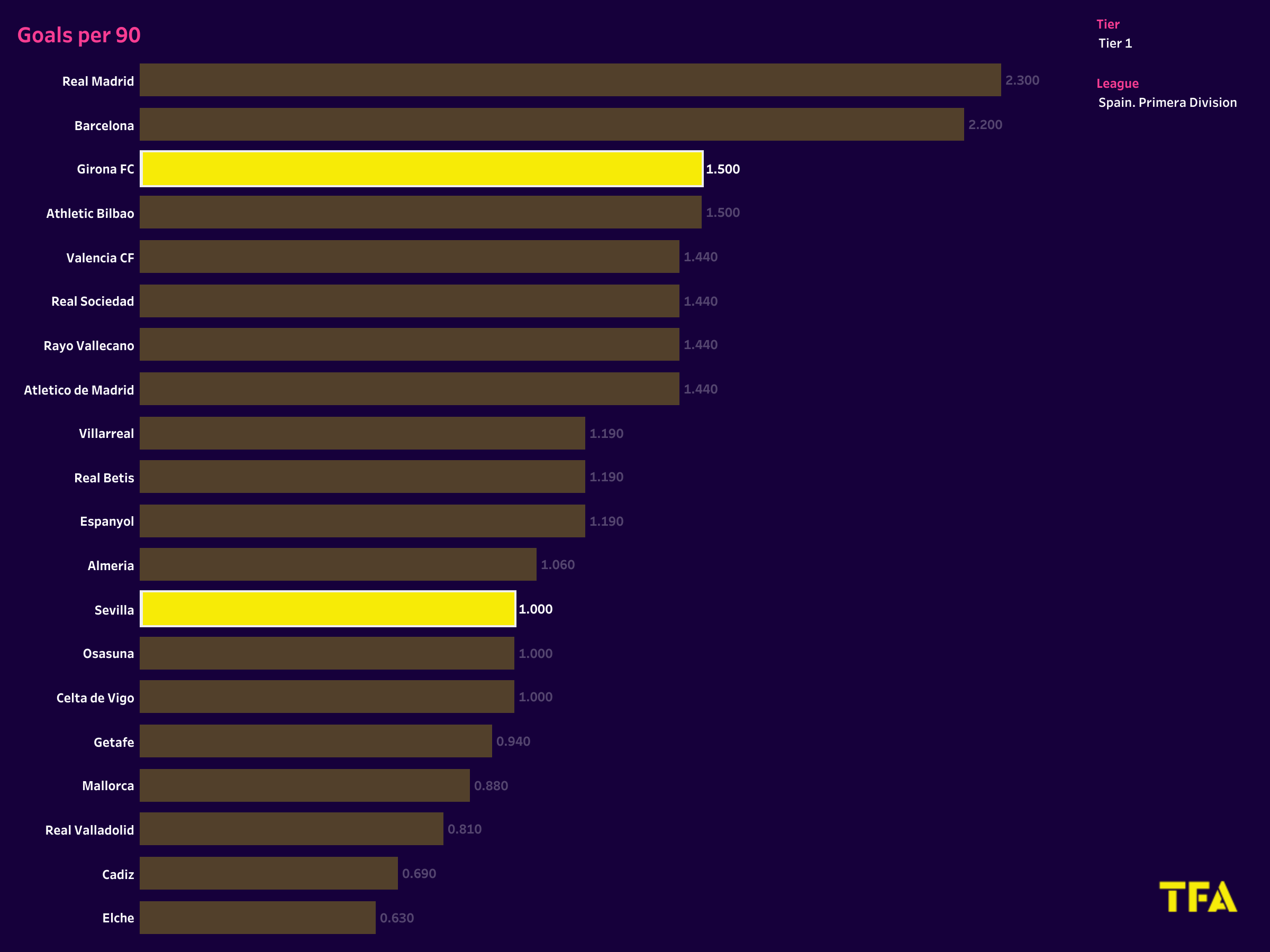 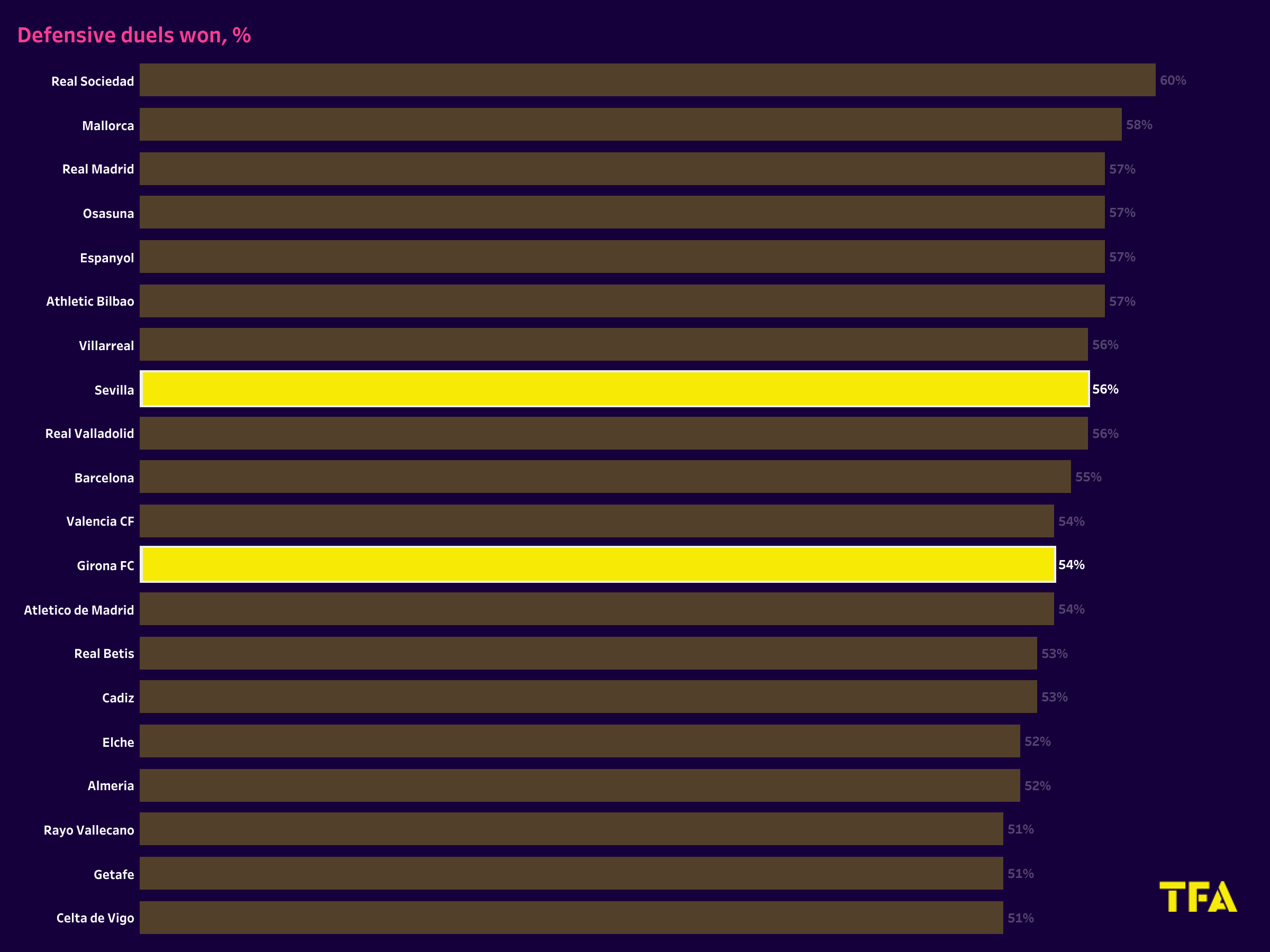 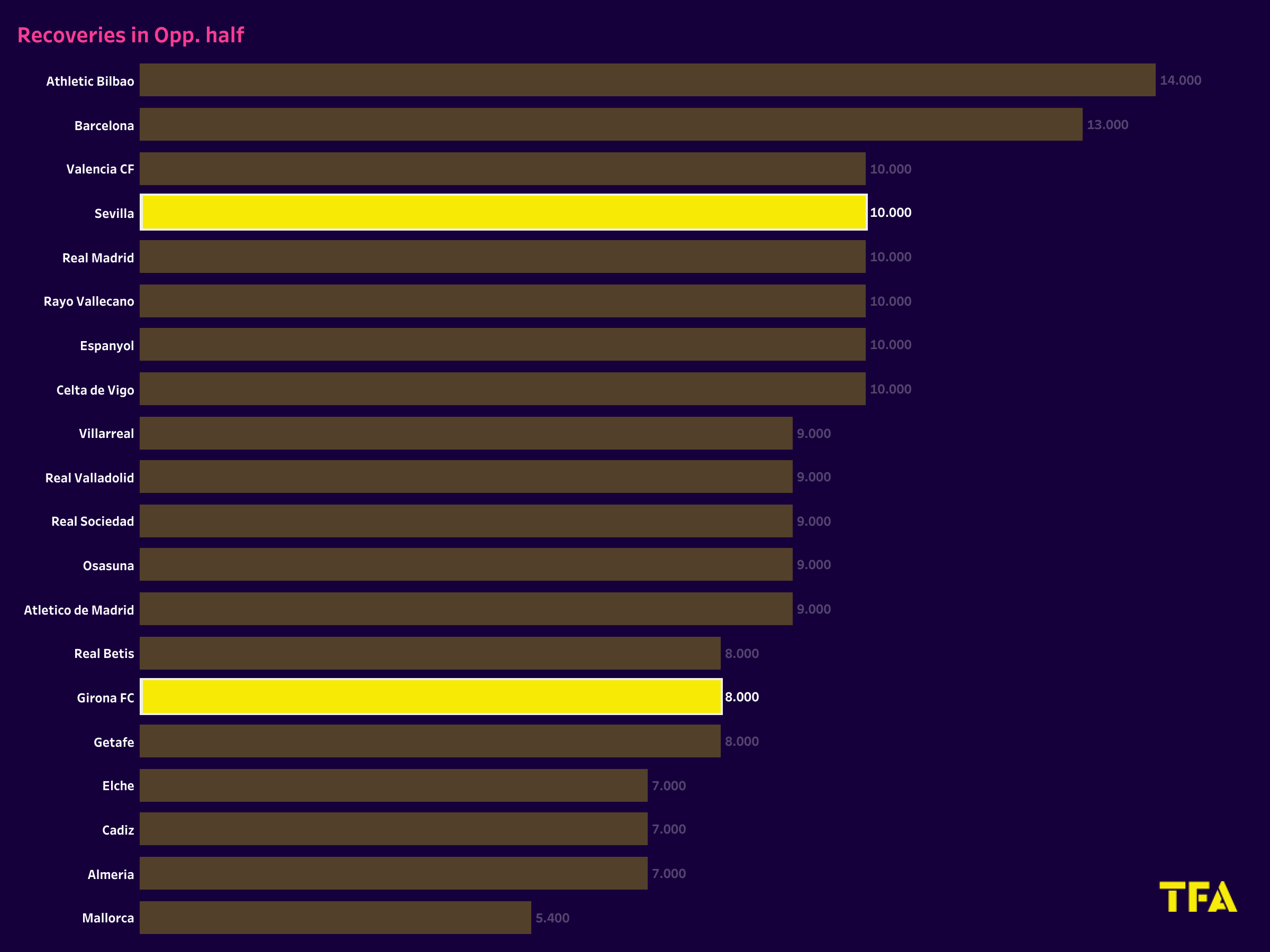 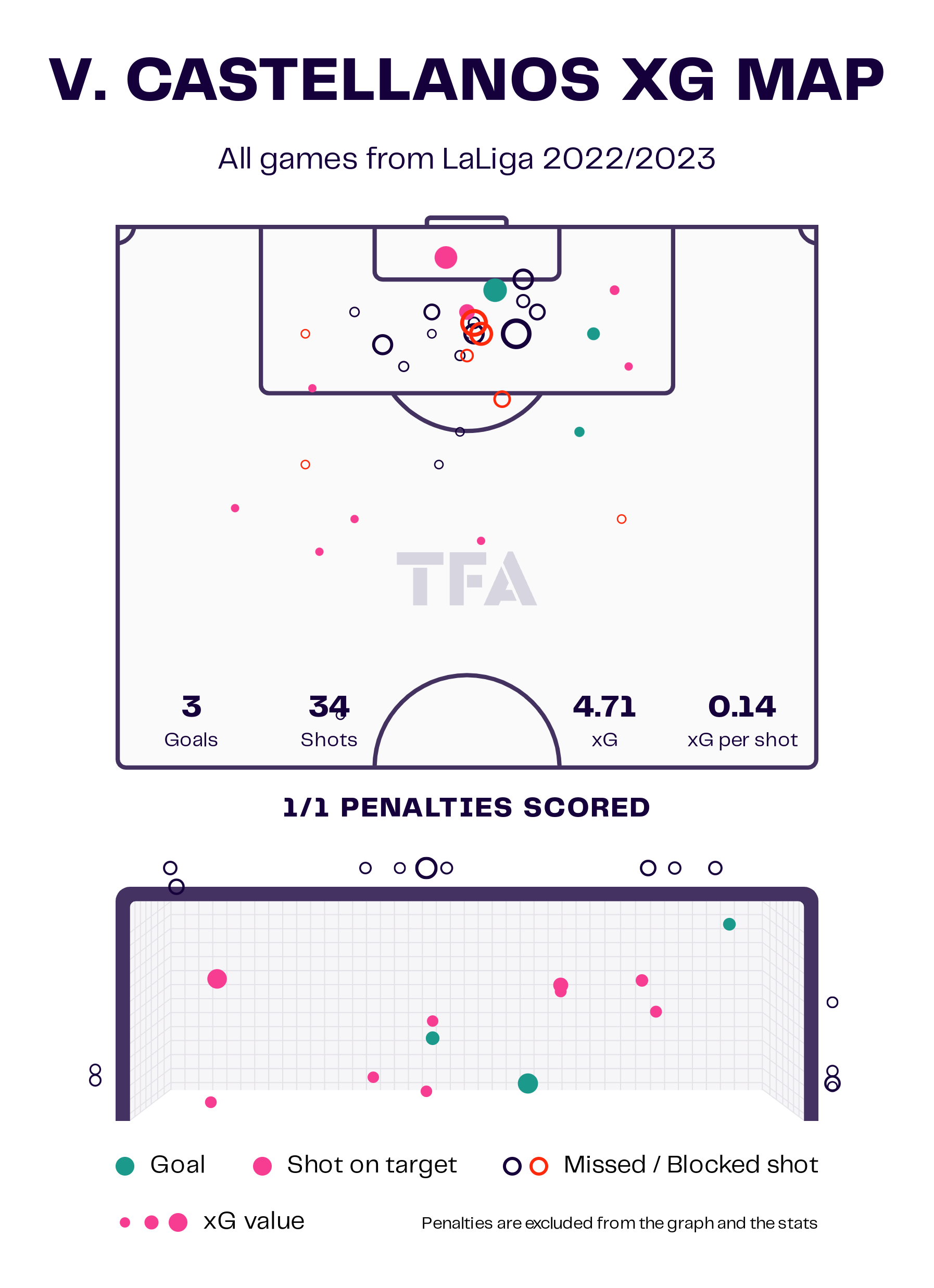 The above visual shows the xG map of Valentin Castellanos from the current season. He is their top scorer this season with four goals in La Liga. Castellanos has tried a total of 34 shots this season, with 12 of them on target. He will be key in deciding the fate of the match. 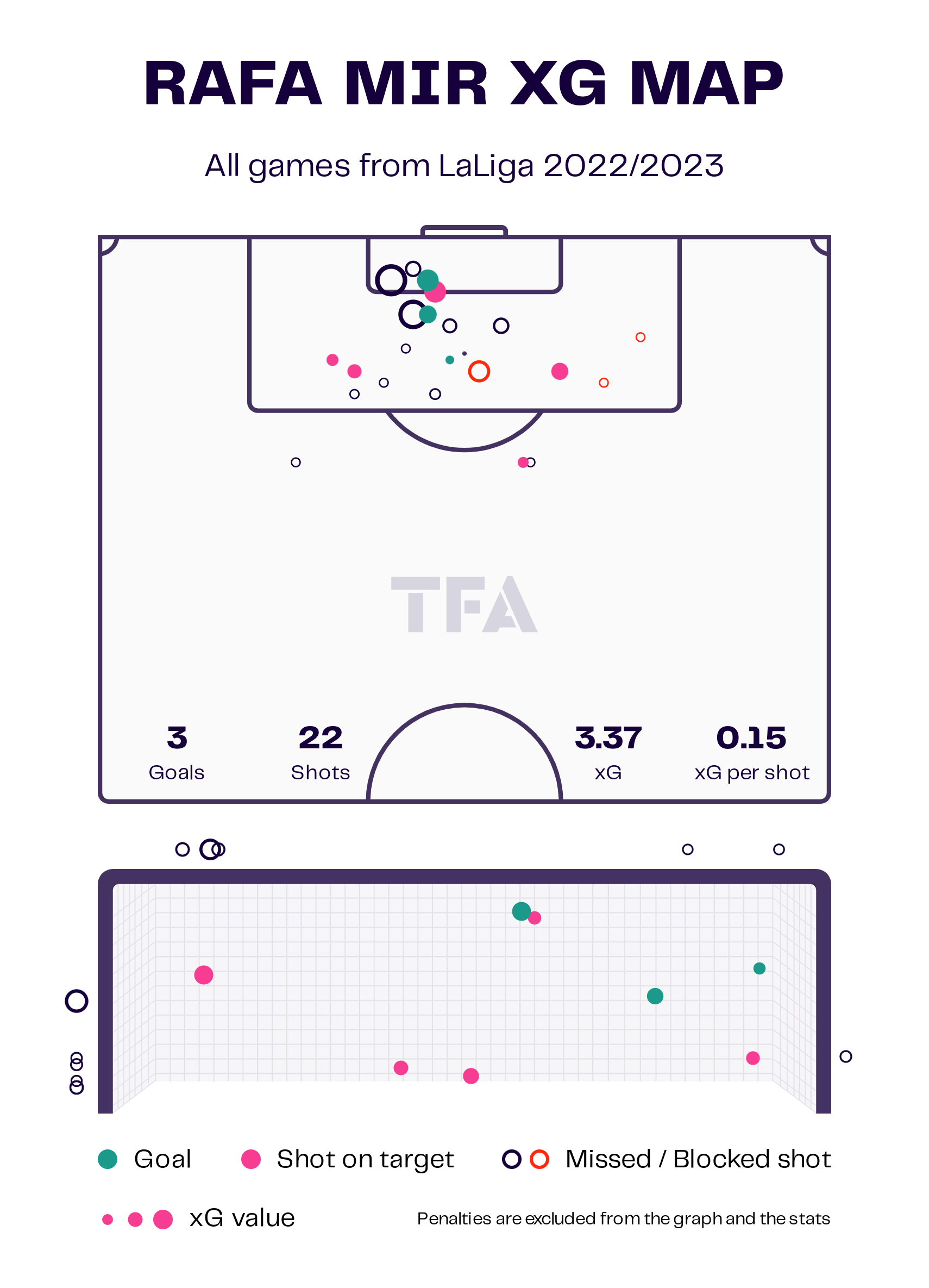 Rafa Mir is Sevilla’s top scorer in La Liga with three goals to his name. The goals scored by their top scorer show the team’s problem. They have found it hard to score goals when needed this season, and therefore Rafa Mir will have a big role to play in this match.

For Girona, Javi Hernandez, Reinier, and Juanpe are likely to miss out on this match due to injury. But they will have the services of Oriol Romeu, who returns from suspension.

Sevilla, on the other hand, will miss a lot of players due to injury, including Papu Gomez, Alex Telles, and Thomas Delaney.

Girona will invite Sevilla onto their turf as they look for their fifth win of the season. Meanwhile, Sevilla will have greater motivation as they are playing not to get relegated.

Under the microscope: Why Gerard Moreno needs to step up in...

Copa del Rey Betting Guide: Making the Most of our Betting...