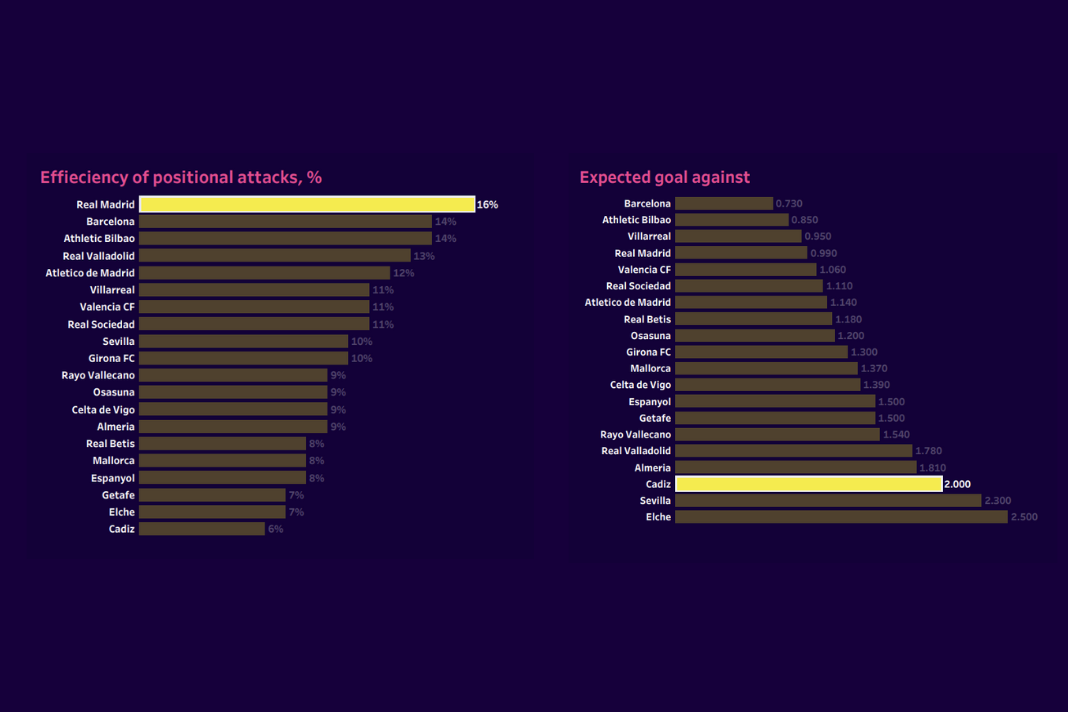 Cadiz will travel to the Spanish capital to face Real Madrid as they play their final match in La Liga before the FIFA World Cup begins. Real Madrid is currently in second place after squandering a chance to go to the top of the table against Rayo Vallecano. Carlo Ancelotti was visibly frustrated with the results against Rayo Vallecano and will be urging his players to get back to winning ways. Cadiz is in the 19th position and will be hoping to pull off a miracle as they face the defending champions at the Santiago Bernabeu.

Real Madrid enters this match after suffering their first defeat of the season at the hands of Rayo Vallecano and will be hoping to close the gap on table-toppers Barcelona. Carlo Ancelotti will be hoping his players produce a top display after a disappointing outing against Vallecano.

On the other hand, Cadiz have lost only one of their last eight La Liga matches after getting off to a disastrous start. One of the most notable performances was the recent victory against Athletico Madrid. Cadiz will be hoping to pull off another incredible display as they face the defending champions. 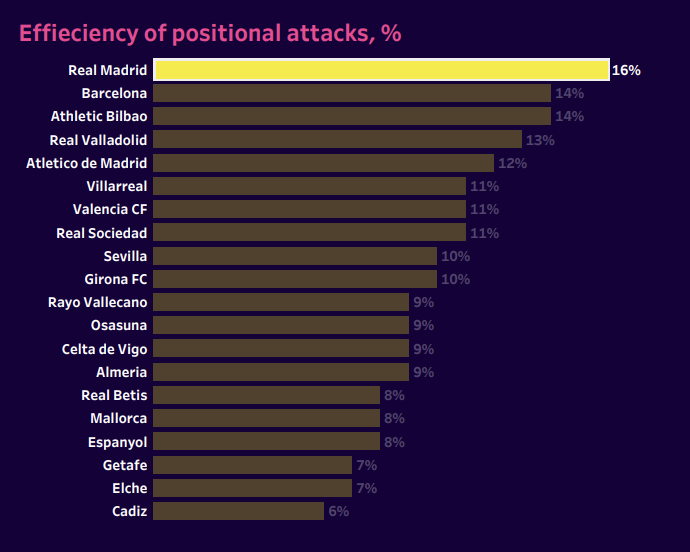 Real Madrid have an incredible forward line capable of destroying any defence. Even without Karim Benzema, they pose a great danger in attack. They have the highest efficiency for positional attacks in La Liga. The Los Blancos launch an average of 31.87 positional attacks per game, with 28.2% of those attacks leading to shots. They also score an average of 2.13 goals per game and have scored 31 goals this season. The hosts also have quick players who can launch a counterattack within seconds. They launch an average of 2.94 counterattacks per game and are capable of quickly turning the tide in their favour.

Real Madrid have a well-organized defence but they concede an average of 1.34 goals per game. The shock defeat against Rayo Vallecano was a wake-up call for them, and Ancellotti would be asking his players for better performances in the defensive third. They have conceded 13 goals this season, with three of them coming in the match against Vallecano. They average 57.87 defensive duels per game and 22.65 aerial duels. They will be looking to be sharp at the backline to prevent any slip-ups. 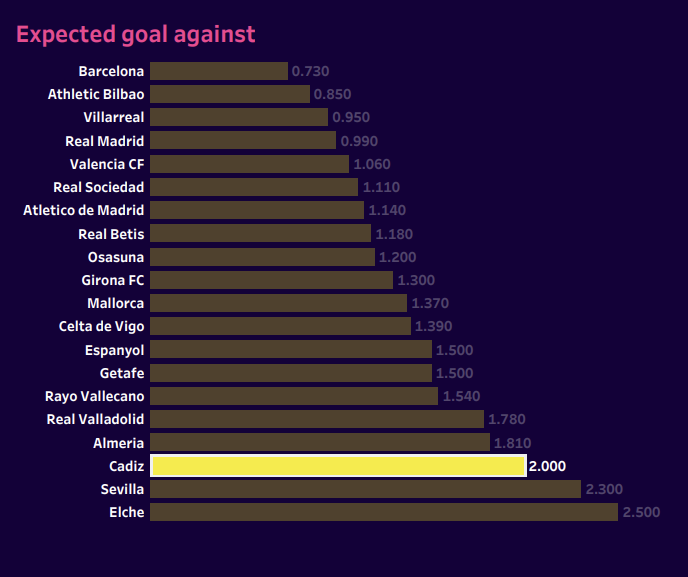 Cadiz have conceded 24 goals and scored only eight this season. They concede 1.85 goals per game and are therefore in the 19th position in the table. They make an average of 67.38 defensive duels per game and 41.85 aerial duels per game, but still haven’t been able to keep the goals out. But they have been able to respond with goals in recent matches. They have scored eight goals in the last eight matches and are enjoying a good run as well. But if they have to get at least one point against this Real Madrid team, they will have to be at their defensive best. 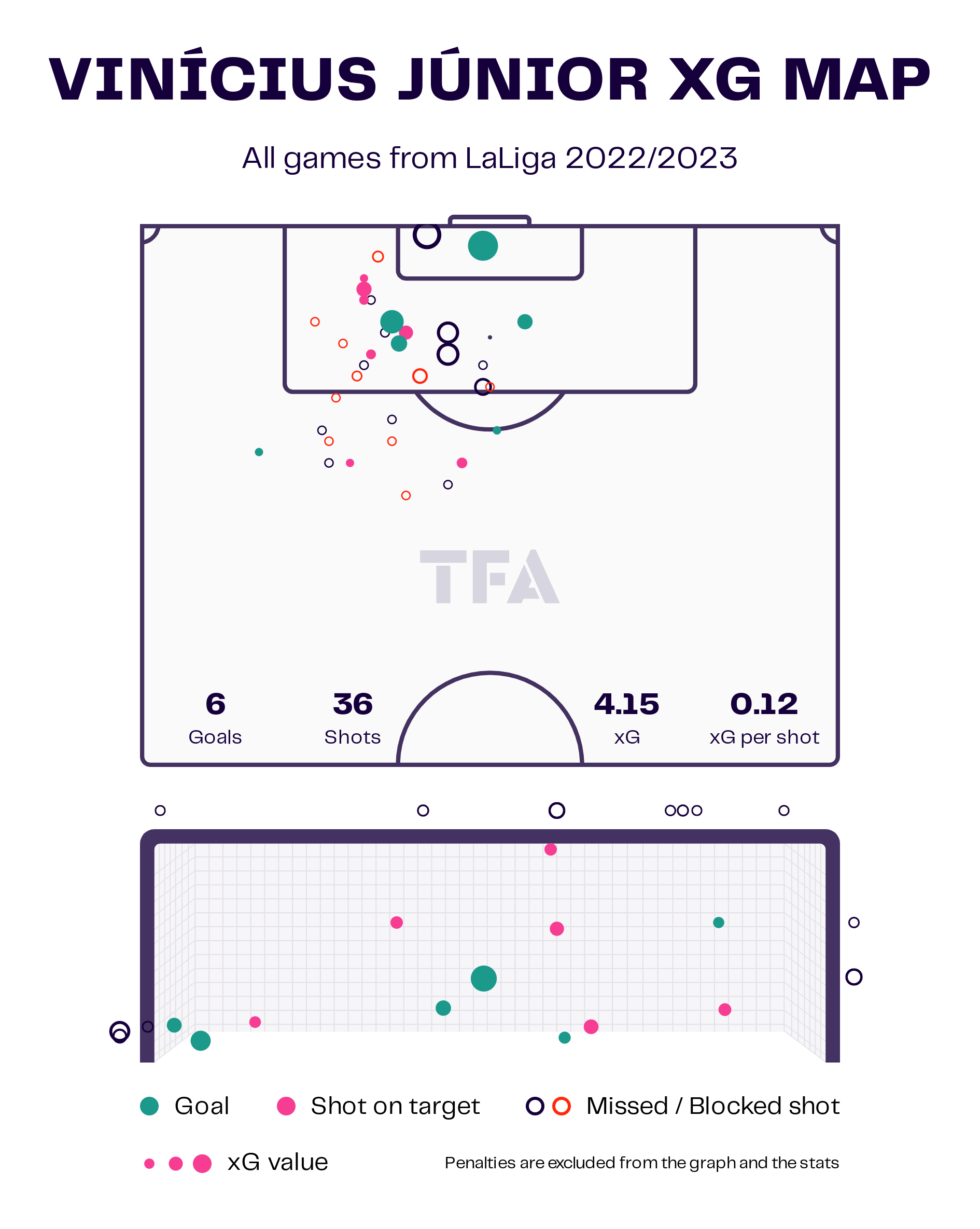 Vinicius Jr., undoubtedly, will be one of the biggest dangers that Cadiz will have to deal with. The Brazilian has six goals to his name this season and is one of the best wingers in the world at the moment. He has an average of 0.44 goals per game and 0.22 assists per game. The 22-year-old has three assists as well. Dribbling is one of his strongest qualities, and he does 10.06 dribbles per game as well. Stopping him will not be an easy task for the Cadiz defence but they should if they have to prevent Real Madrid from flying away with three points. 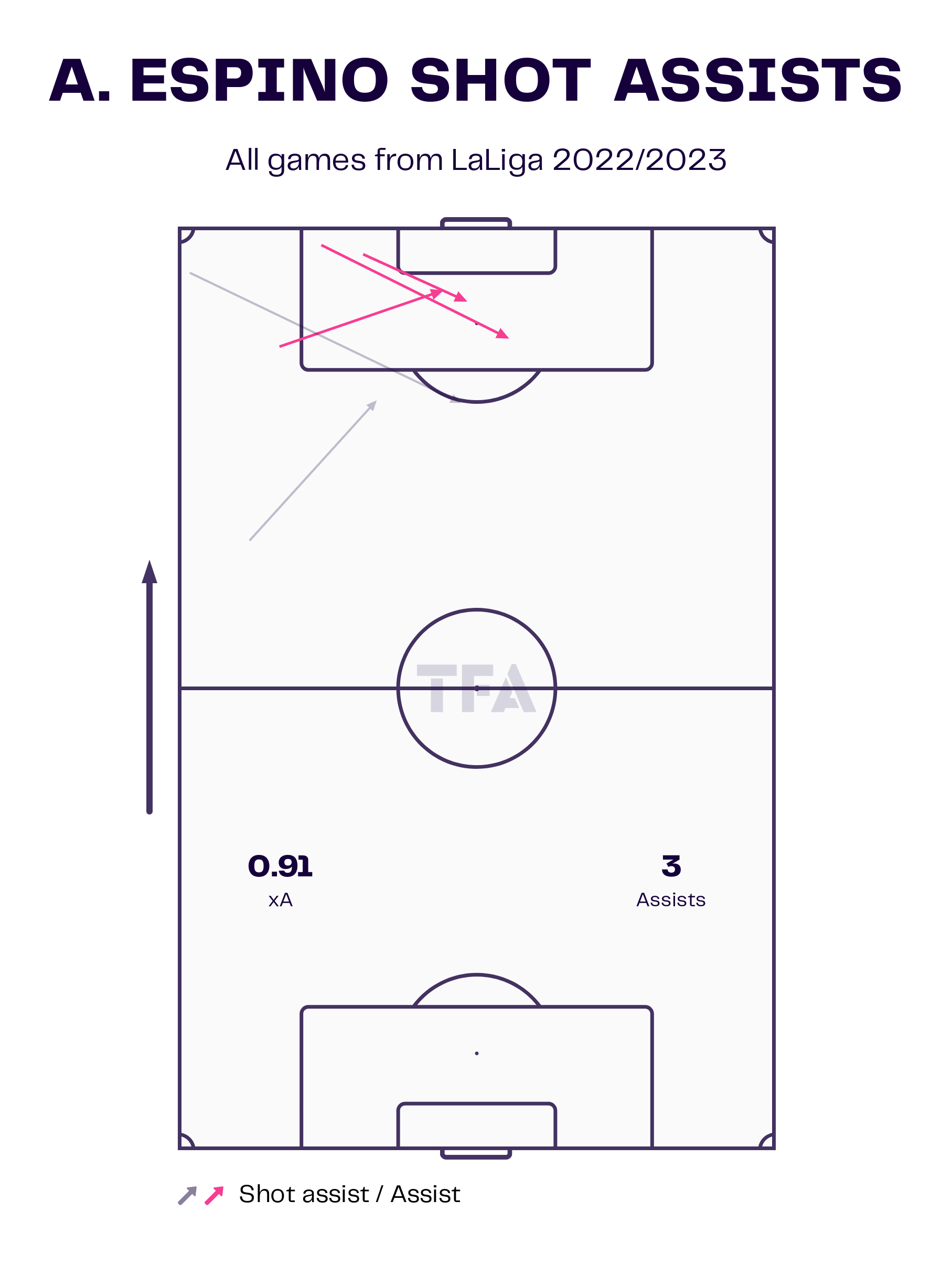 Alfonso Espino has three assists to his name this season and is a threat on the left wing. The left back overlaps well and has an average of 0.23 assists per game. He makes 5.92 interceptions per game and whips an average of 2.61 crosses into the box as well. Cadiz will be hoping their left-back will be at his best in both attack and defence as they face Real Madrid.

Real Madrid will most likely miss out on the services of Karim Benzema and Antonio Rudiger due to injuries while Toni Kroos comes back from a suspension.

The visitors, on the other hand, will be without Luis Hernandez, who is out on suspension. Victor Chust and Fali are also likely to be out for this match.

Real Madrid would like to end on a high note before the World Cup begins, thereby reducing Barcelona’s lead at the top of the table. At the same time, the visitors are also out for the same result, but for a very different reason, as they have to win to reduce their chances of getting relegated.

How Sevilla secured three points in the El Gran Derbi against...

Match Stats: Denmark lose away to England in extra time