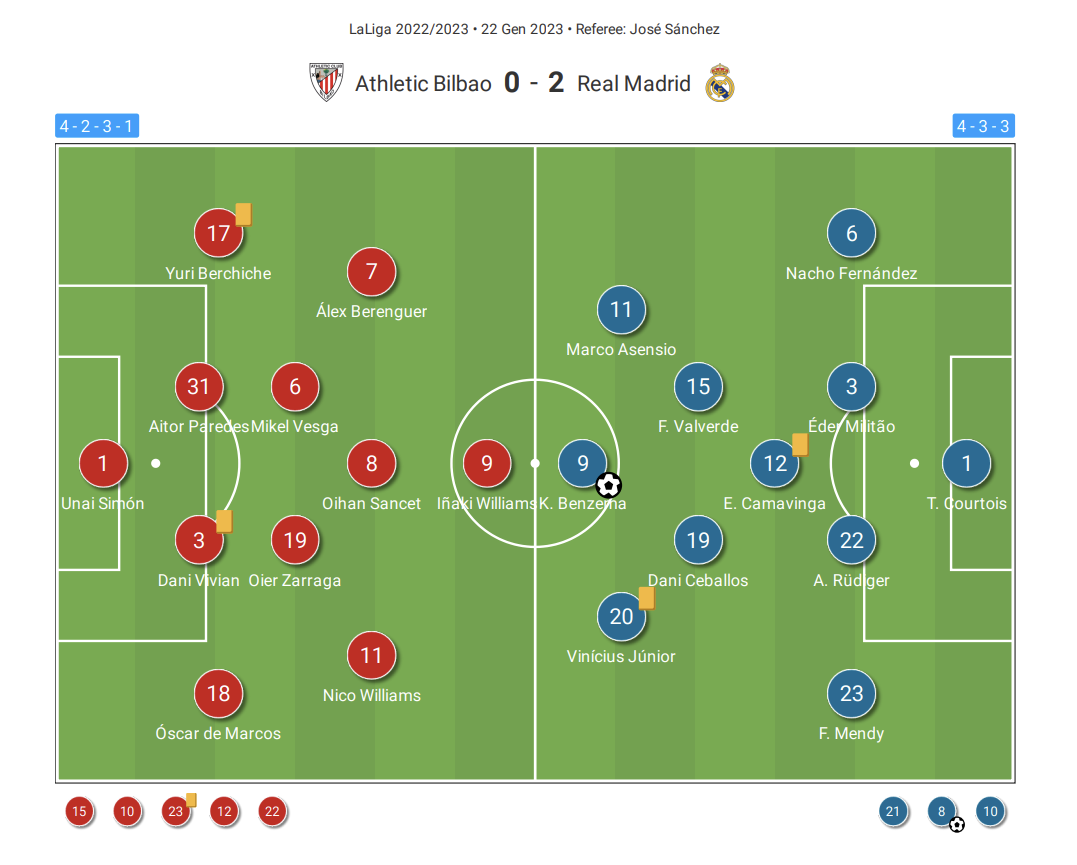 Athletic Bilbao went down to Real Madrid by two goals to nil on Sunday, as Real Madrid sustained their place in second place in La Liga. The hosts, who have not tasted victory in their last four outings, go down to eighth place after suffering their sixth loss this season. Real Madrid found the net through two brilliant strikes from veterans Karim Benzema and Toni Kroos as they collected three points to take their total to 41 from 17 matches.

How many passes were attempted to the final third by Athletic Bilbao? How many aerial duels were won by Real Madrid?