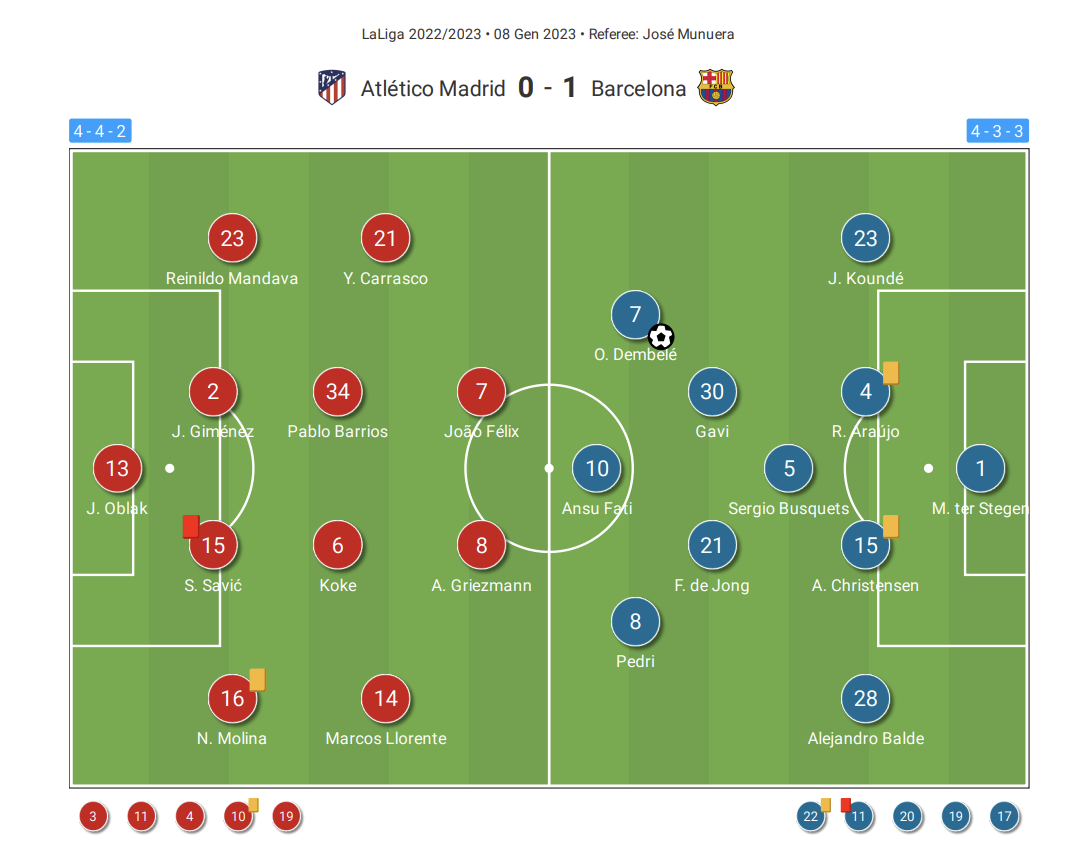 Barcelona somehow managed to cling onto their slender lead as they walked away from the Wanda Metropolitano with three points against Atletico Madrid. With the three points, they take a three-point lead at the top of the table in La Liga. Atletico Madrid, on the other hand, accumulated all their attacking prowess after they conceded early in the 22nd minute. The hosts were at their attacking best after that but were denied by a resilient Barcelona defence. Ronald Araujo, who made a comeback into the side after recovering from injury, and Andreas Christensen played a huge role in their win as they were solid at the back.

How did Atletico Madrid lose after launching more positional attacks? What were the zones of recoveries for both teams?

Can Manchester United repeat their Champions League heroics once again?