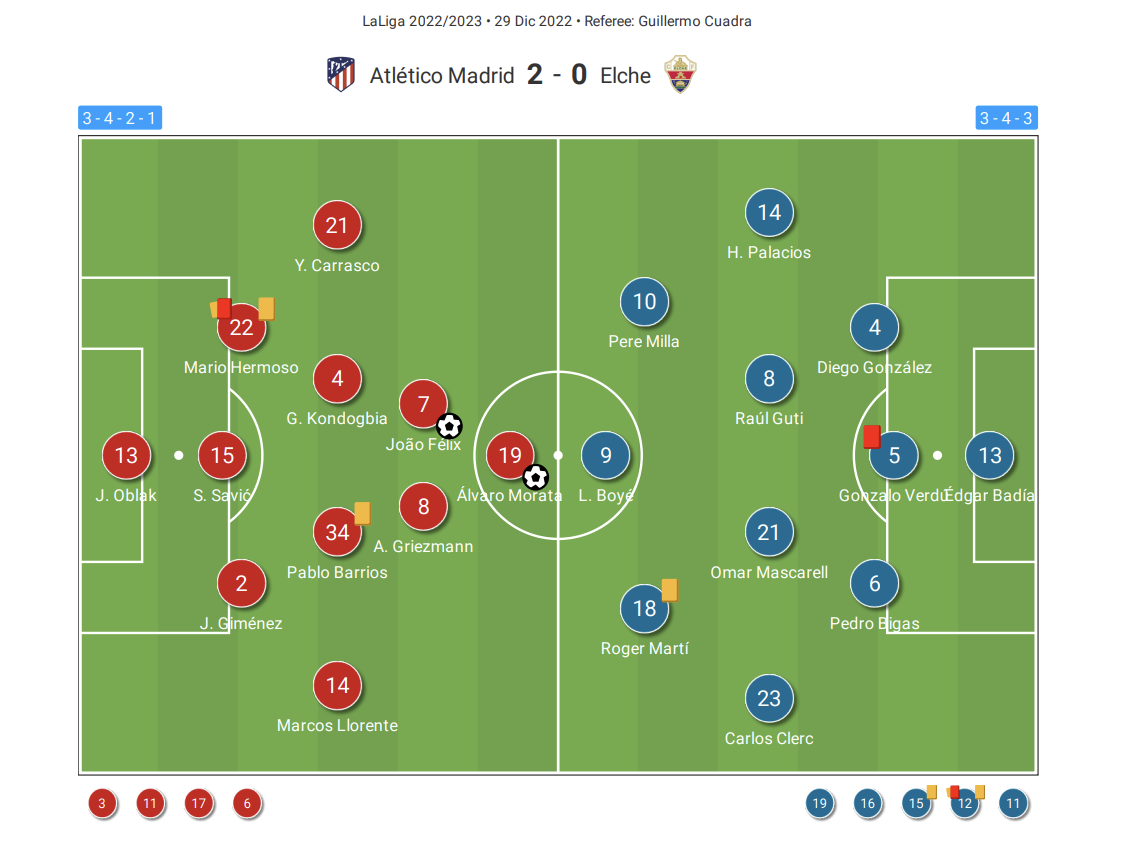 Atletico Madrid welcomed Elche to the Wanda Metropolitano to restart their La Liga campaign, defeating the visitors 2-0. Elche, who had chances to counter, didn’t make use of those chances and was poor going forward. Antoine Griezmann continued his form from the World Cup as he bagged two assists, which helped Atletico climb up to the fourth position with 27 points from 15 matches. On the other hand, Elche stays at the bottom of the table with just four points from 15 matches. Joao Felix and Alvaro Morata found the back of the net for Atletico in a game that got heated and saw three players sent off.

How many shots were attempted by Atletico Madrid from inside the penalty box? Who was the player with the most recoveries for Elche?

Under the microscope: How Xavi has transformed Barcelona into league contenders