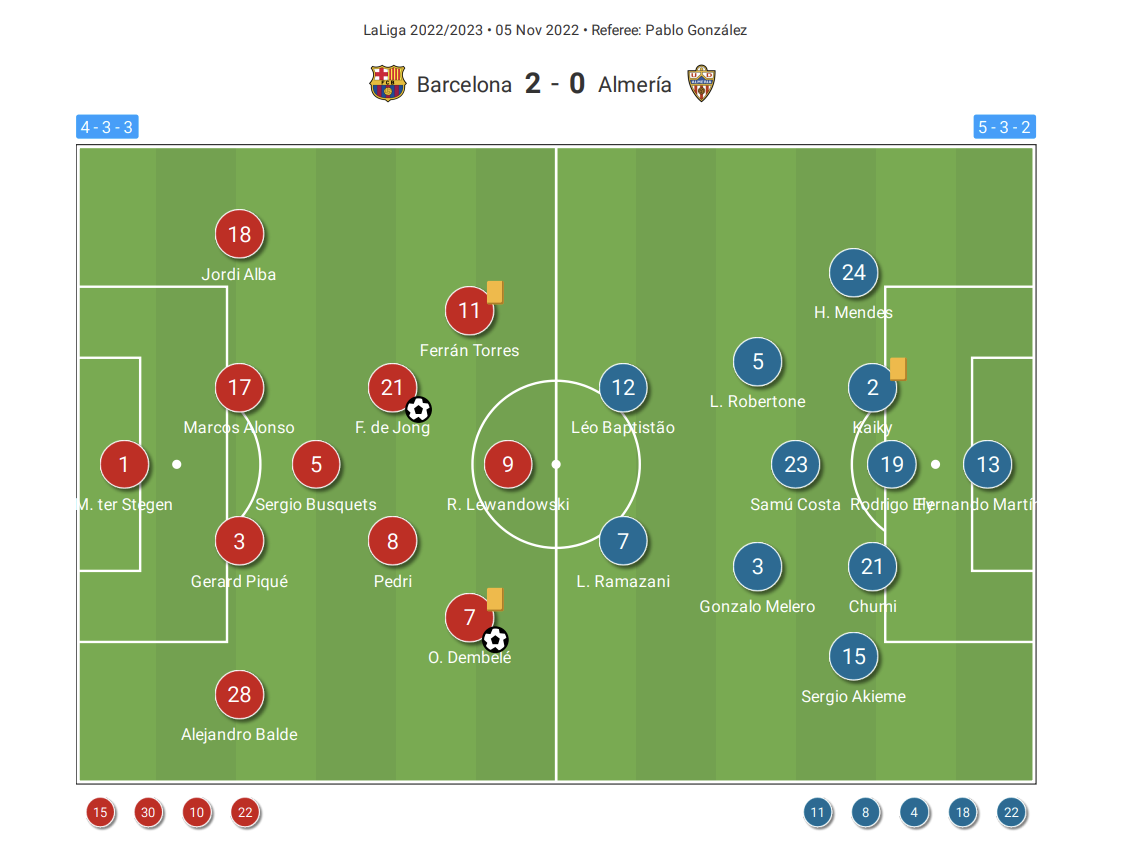 Barcelona bid farewell to their legendary centre-back, Gerard Pique, with a comfortable win over Almeria in La Liga. With this win, Barcelona climbs to the top of the table with 34 points from 13 matches. Almeria, on the other hand, is in the 15th position with 13 points from 13 matches. Ousmane Dembele scored the opener for the hosts in the early minutes of the second half, and Frenkie De Jong blasted one into the back of the net minutes later to put the hosts 2-0 up. The 84th minute saw Gerard Pique say an emotional goodbye to his club as Andreas Christensen was brought in for him. Almeira, looked threatening just once when Largie Ramazani picked up a loose pass from Frenkie De Jong and attacked the goal. But Marc Andre Ter Stegen kept his cool and produced a save to have the 11th clean sheet of the season.

How did Barcelona’s accurate display in the final third gave them a victory? How did Almeria have such low xG?