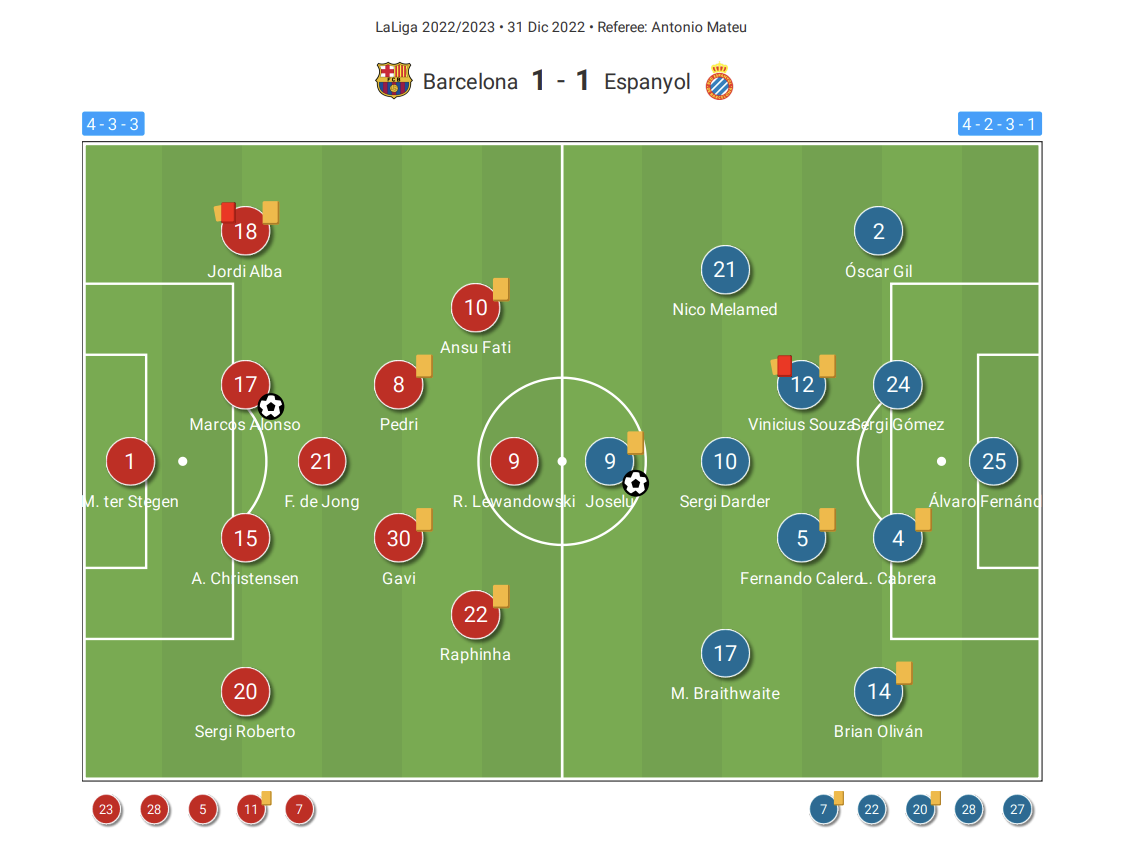 Barcelona’s first game of the second half of La Liga against Espanyol was a dramatic match that saw 14 yellow cards and two red cards. Barcelona, who scored through Marcus Alonso in the seventh minute, failed to cling on to that lead as a clumsy challenge from the same player gave Espanyol a penalty. The match escalated in the second half when referee Mateu Lahoz started giving cards to almost everyone. Jordi Alba was sent off during his protest of the penalty. Then two minutes later, he sent off two Espanyol players together, only to revoke one of them after an intervention from the VAR. The Catalan derby delivered on its promise, as the game turned out to be a feisty one with no team dominating.

Why couldn’t Barcelona secure three points even after having a higher xG? How did Espanyol hold Barcelona to a draw with less possession?

The Data: Switzerland lose away to Italy

Under the microscope: Metrics behind Mikel Morino’s impressive season

How Atletico Madrid used experience to hold off a determined Villarreal