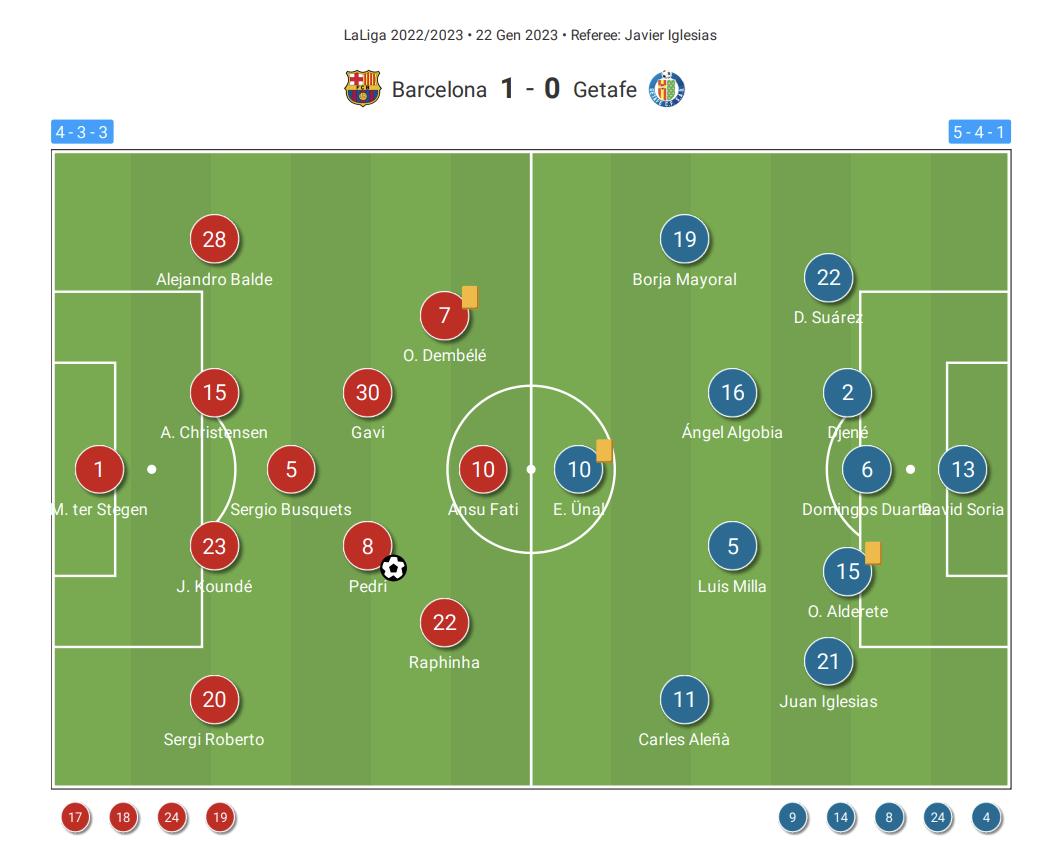 Barcelona secured their first home win in 2023 as Pedri’s goal proved to be the difference. The Catalans defeated Getafe 1-0 to sustain their lead at the top of the table in La Liga. Even though Barcelona were not at their fluent best, the three points keep them three points ahead of second-placed Real Madrid. On the other hand, Getafe suffered their ninth loss of the season as they went down to Barcelona at Camp Nou.

What were the zones of recovery for each side? How many shots did each team have on target?

Vinicius Jr : A one season player or a future star?

The MSNG: Barcelona’s new front four to be unleashed?