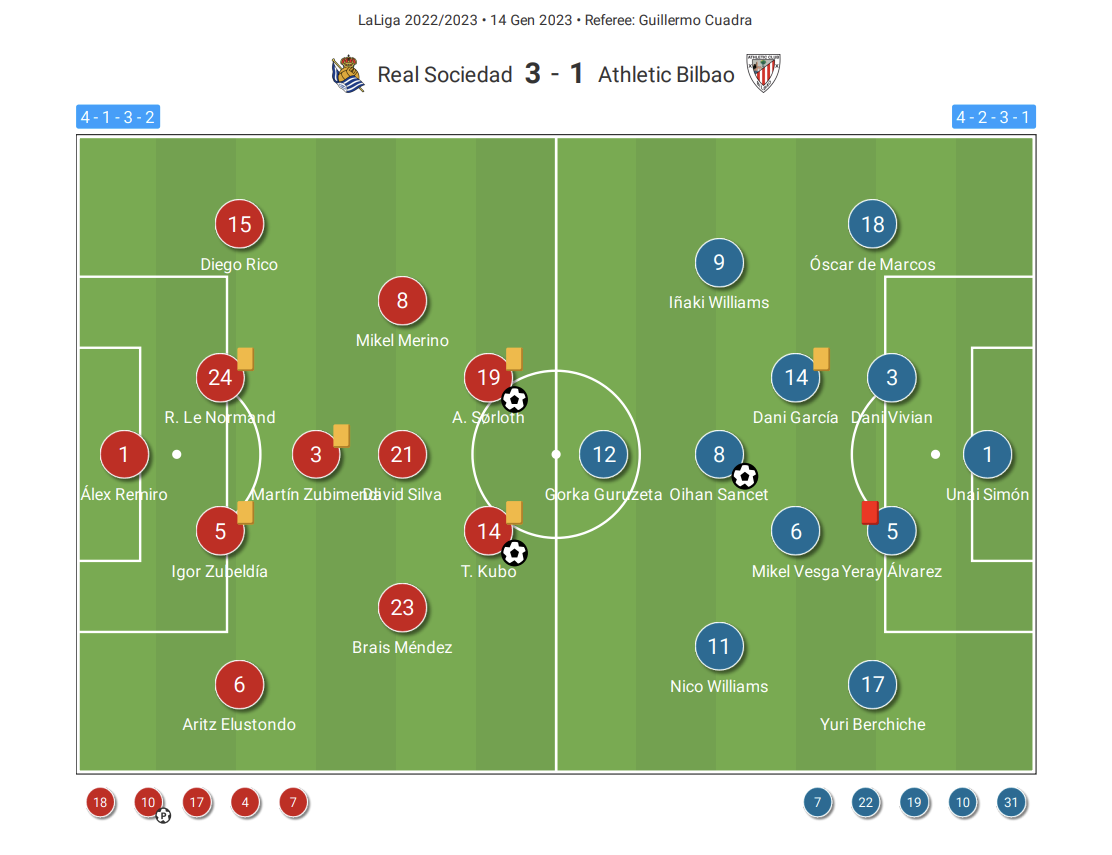 Real Sociedad extended their great run in La Liga with a win over Athletic Bilbao as they reduced the gap between them and second-placed Real Madrid. La Real put out another dominant display at home as they thrashed Athletic Bilbao 3-1. Alexander Sorloth gave the hosts the lead in the 25th minute before Takefusa Kubo doubled their lead fifteen minutes later. Bilbao, who pulled one back in the 40th minute through Oihan Sancet, conceded a penalty in the 67th minute. Mikel Oyarzabal took the penalty and sealed the deal for the home side.

What were the zones of recovery for both teams? Who launched more positional attacks?

Best odds on the big boys as La Liga set for...