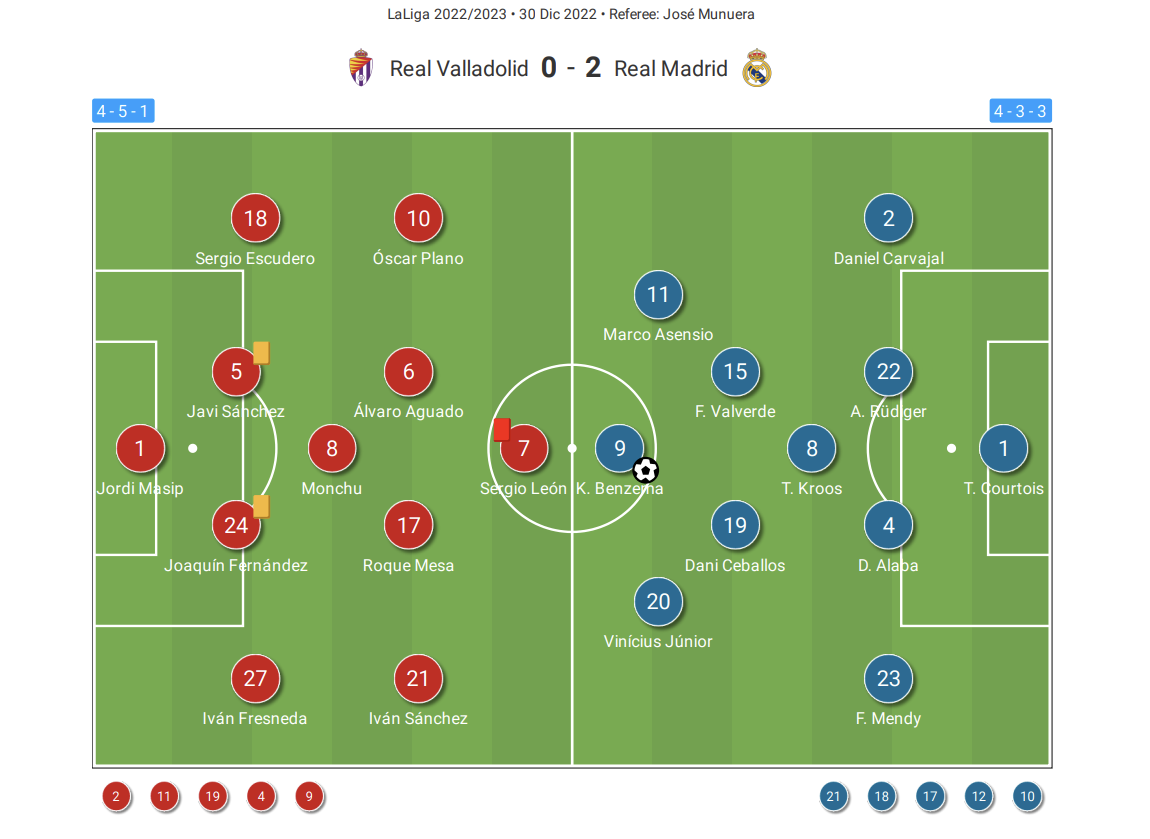 Friday saw Real Valladolid suffer their eighth loss in La Liga this season as they succumbed 0-2 to a formidable Real Madrid at the Jose Zorrilla stadium. Karim Benzema celebrated his return from injury with a brace late in the game, which ensured that the defending champions walked away with three points. An incredible match that swung both ways finally tilted hard in Real Madrid’s direction as they were awarded a penalty in the 83rd minute, which Benzema converted coolly. Earlier, Thibaut Courtois made some good saves to keep Real Madrid in the game. Even though Valladolid lost the match, they managed to keep the defending champions on their toes as they threatened the goalpost on more than one occasion.

What were the zones of recovery for both teams? Which Real Madrid player contested the most number of duels?

Coutinho is in demand but the price tag is a cause...