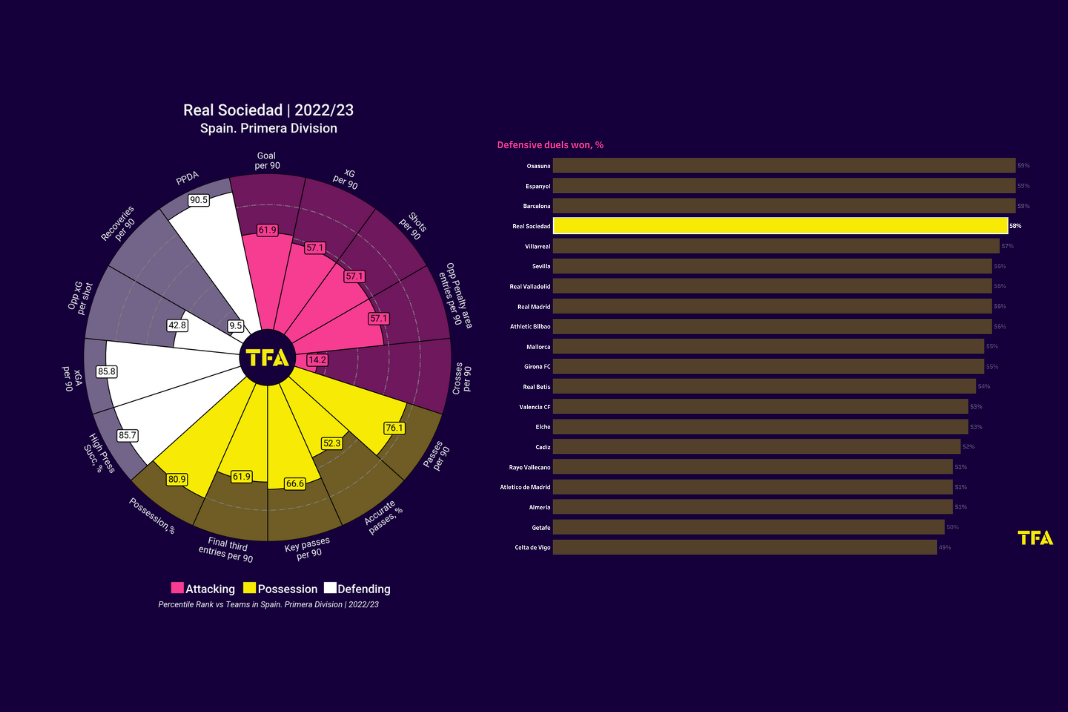 Real Sociedad have closed their first half of the season on a high as they have managed to climb to the third position in La Liga. They have 26 points from 14 matches, winning eight, drawing two, and losing four matches. They have only lost two of their last ten matches in La Liga and are in great form. They have scored 19 goals in the league this season and conceded 17 as well. They are doing well in the Europa League as well. They have won five out of their six matches and are at the top of the table in their group.

We take a look at some stats to understand the reasons behind Real Sociedad’s rise to the third position. 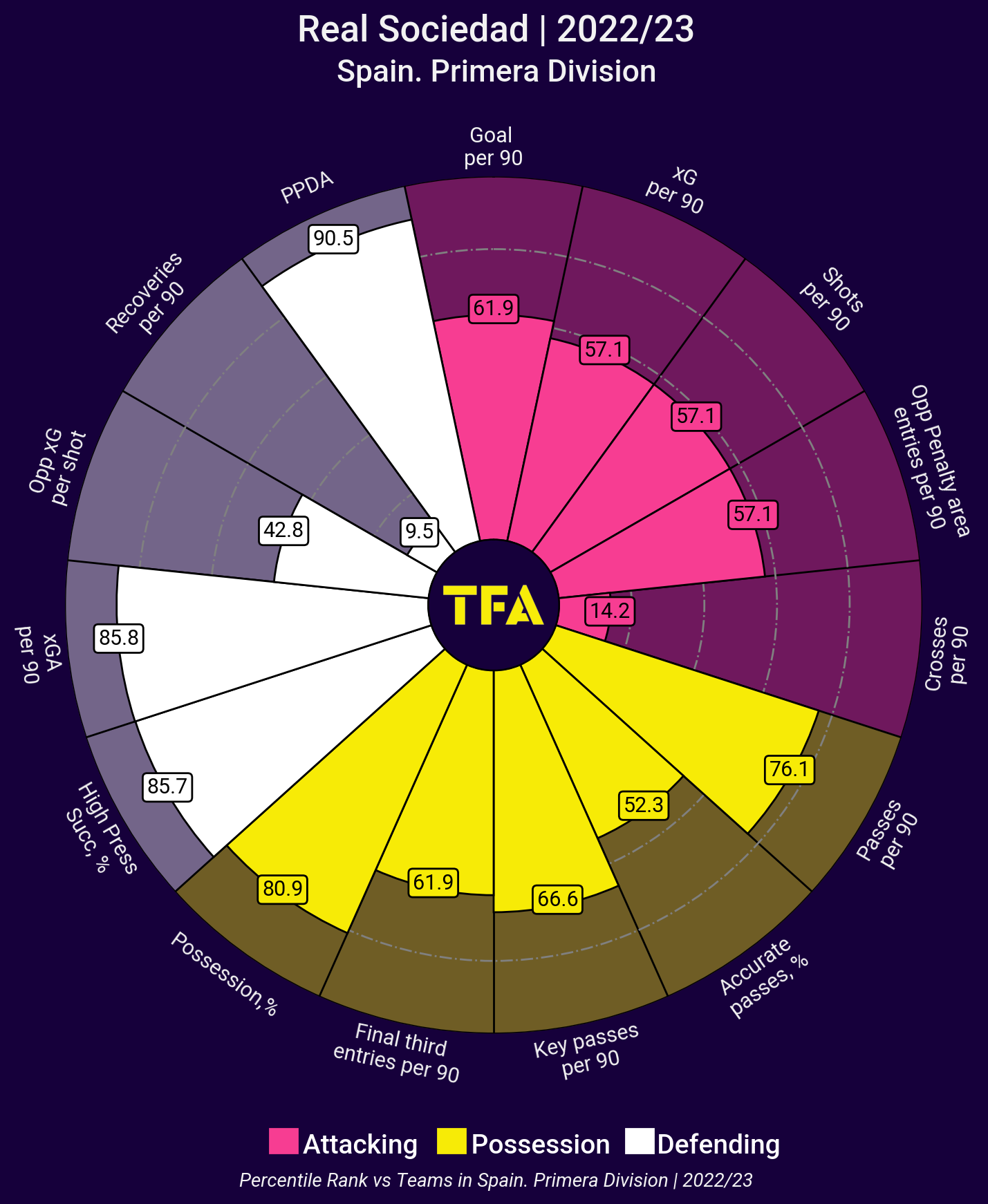 Real Sociedad has had a decent season but hasn’t looked like the most dangerous side while attacking. They are ranked in the top 61.9 percentile for goals per 90 minutes and score an average of 1.36 goals per game. They launch an average of 27.14 positional attacks per game, with 29.2% of them leading to shots. 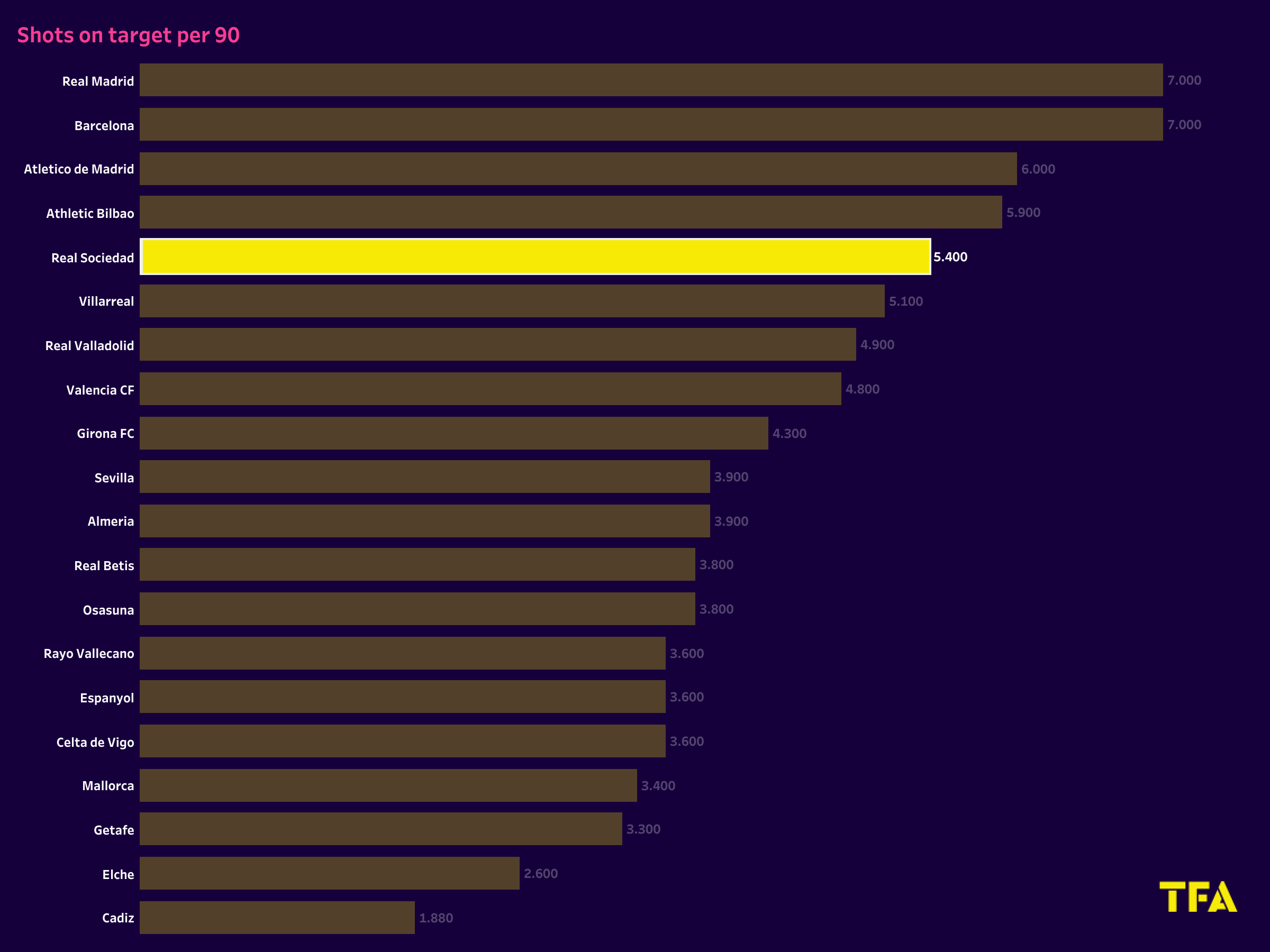 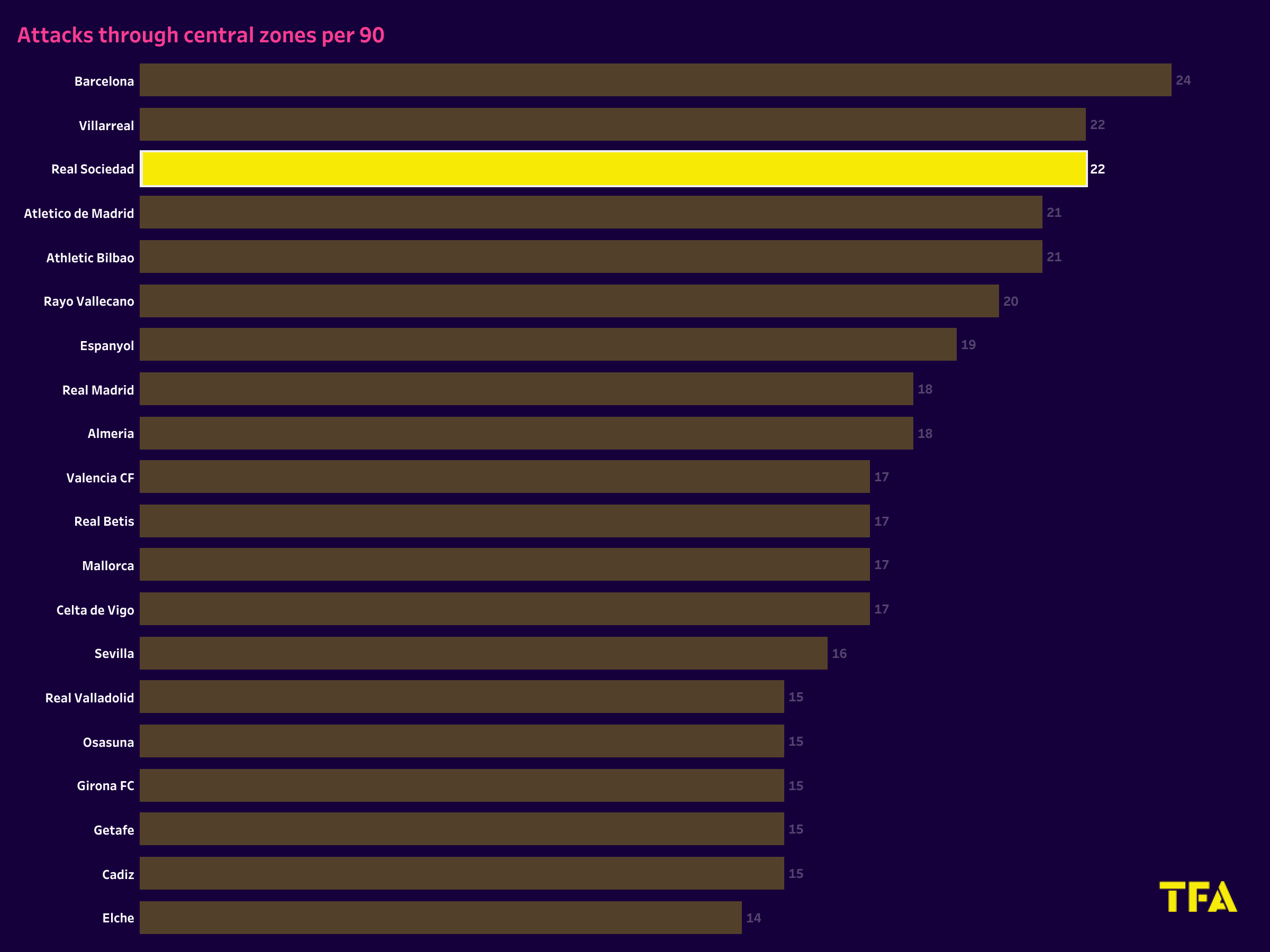 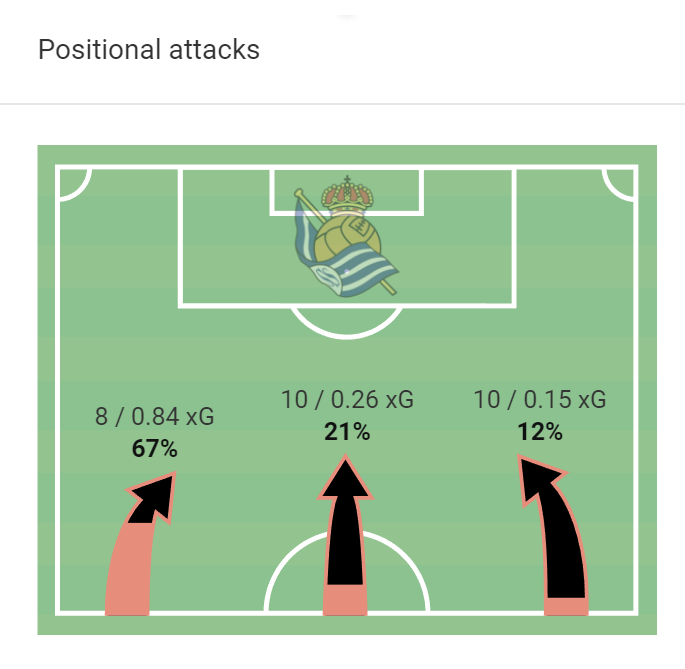 Real Sociedad’s defence has not been in the best of forms either. They have conceded 17 goals this season, with an average of 1.21 goals per game. Their forwards have scored when they have needed to, allowing them to win or draw the majority of games. 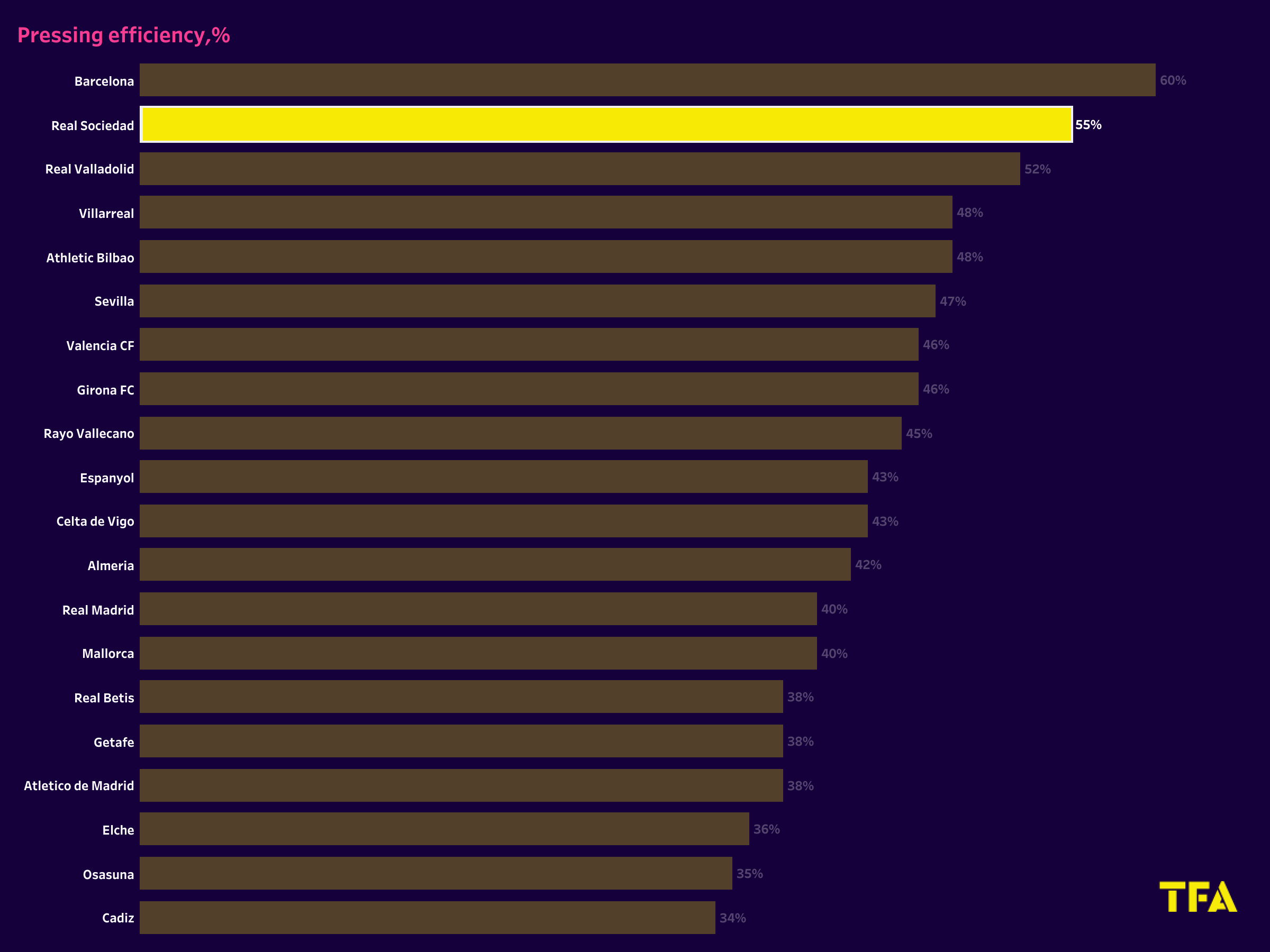 Real Sociedad is one of the best in La Liga when it comes to pressing and has the second-best pressing efficiency as well. They have a 55% efficiency in pressing and are ranked in the top 85.7 percentile for high pressing success as well. This high press restricts the opposition from building attacks and therefore lessens the threat. 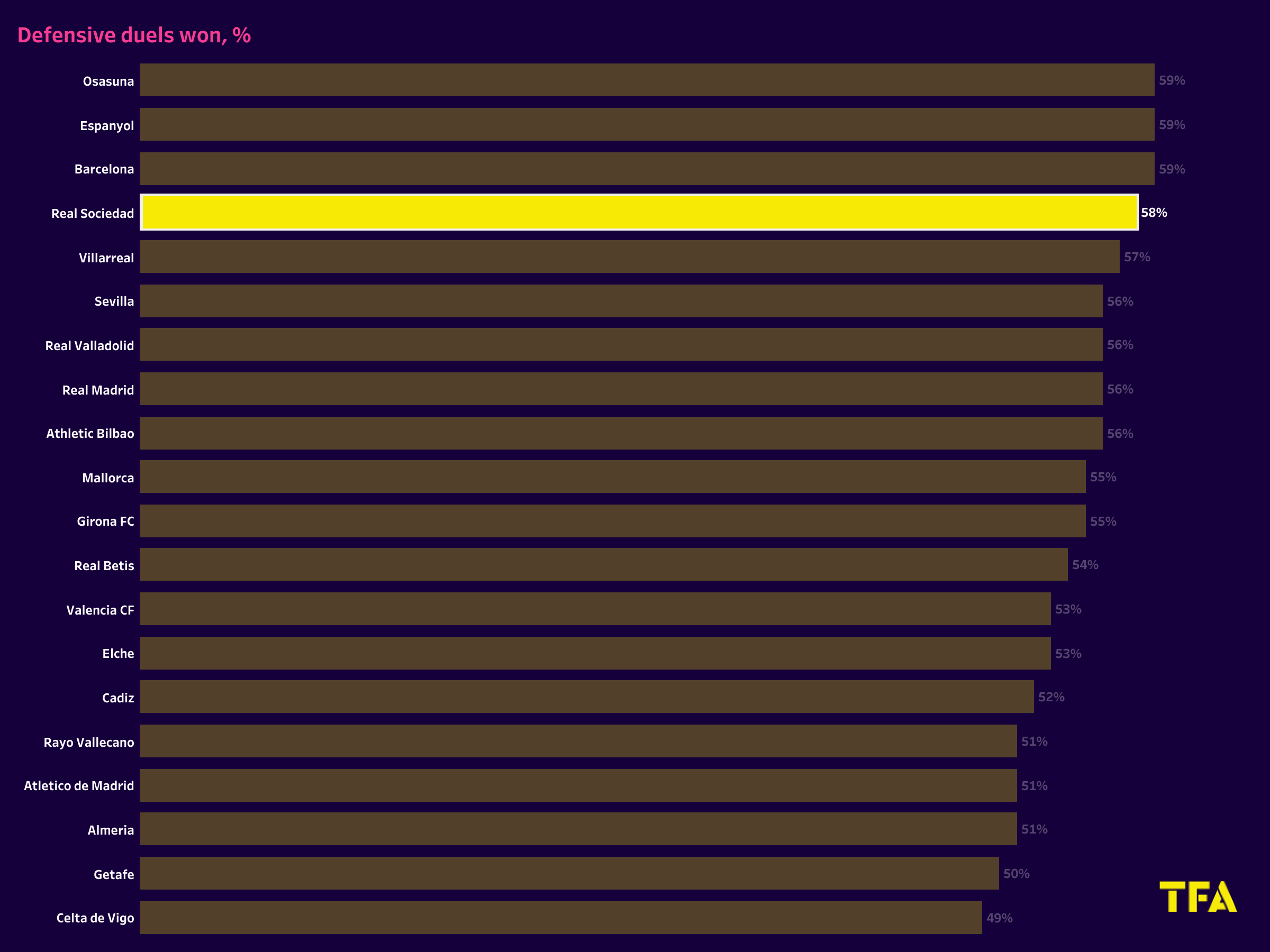 Real Sociedad finished sixth in La Liga last season. But this year, they have managed to pull off results in their favour, as they have 26 points from 14 matches and are third midway through the season. Manager Imanol Alguacil will be hoping his side will continue to find results once the season restarts after the World Cup.

Not Real Madrid: This one thing is Barcelona’s biggest obstacle from...

Klopp always have Barcelona and Real Madrid as options