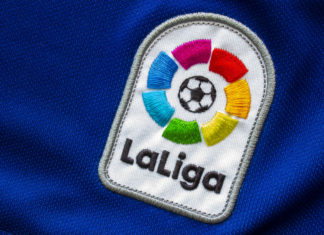 Looking at the 1×2 market first, where the favourite for this game was Real Mallorca. The home side left it very late but based on chances created and their constant pursuit of a win, they were justifiably favourites and winners. That said, the price of @ 2.0 at kick-off was closer to 20 at the time they finally got the goal to win it.

Moving onto the Asian handicap market for this contest where as stated in our preview, the value was to be found in the 1×2 markets. And as with that market, the price drifted hugely before Mallorca -0.5 finally went ahead. The host was -0.5 @ 1.96 before kick-off and although they left it dramatically late, their backers were eventually rewarded for keeping the faith. Real Valladolid +0.5 looked set to have snatched a full win for their backers who had the draw onside, but they would have been flattered to avoid defeat having done very little.

Looking at The Under/Over market last of all where the day before the game, had dropped from 2.25 to a lower than league average 2 goals.  The punters were right to anticipate a low-scoring, ugly type of battle. Valladolid was the more defensive of the two but Under 2 backers were always comfortable and full winners @ 2.07.

Mallorca grabbed an extremely late but deserved win against Real Valladolid with a last-gasp 94th-minute goal at the Son Moix.

Mallorca began well and was almost granted with a lead just five minutes in, when Dani Rodríguez raced through on goal, though he could only hit wide with Jordi Masip bearing down on him.

Soaking up Valladolid pressure before hitting back through clever counters, the host continued to pose more goal threat as they continually broke the defensive lines.

Amath was a constant threat for Valladolid but lacked the composure from 12 yards out in one of Mallorca’s clearer opportunities.

Valladolid eventually managed to settle and compose themselves, and with this, the first half descended into a tight, physical affair.

Mallorca regained the initiative in the second half and once more, based on ambition, they looked the more probable winners if the deadlock was to be broken

It was however Valladolid that came closer against the run of play, sub Kike Pérez nearly stunned the home faithful but his shot crashed back off the bar

Mallorca had plenty of desire and took more risks, but chances were hard to come by as the game started to look set for a 0-0.

Mallorca’s Tino Kadewere looked to have had the best of a late rally but he drove his shot straight at Masip.

The risk was finally rewarded as there would be last-gasp drama as Mallorca struck a 94th-minute winner. A Lee free-kick caused panic in the area and Abdón Prats powered a header home to get a deserved three points. 1-0 is a fair result.