After what was one of the most inspiring starts to a La Liga campaign, Sevilla fell off drastically and are still in search of better times. Their visits to other teams have left them with little points to talk about but Ramon Sanchez Pizjuan has always been their fortress. It’s been the place where giants come to fall and none of the ordinary laws of football apply.

Sure, it sounds romanticised, and in its essence it really is, but considering that they have lost only one game at home in the last 16 fixtures tells a lot. Of course, this doesn’t include their latest bout with Barcelona because apparently no ordinary or extraordinary laws apply to otherworldly beings. When facing Blaugrana, you clearly face those.

This tactical analysis will use statistics to determine how Barcelona came from behind twice to snatch a La Liga victory from Sevilla in what was an exciting performance from both sides. 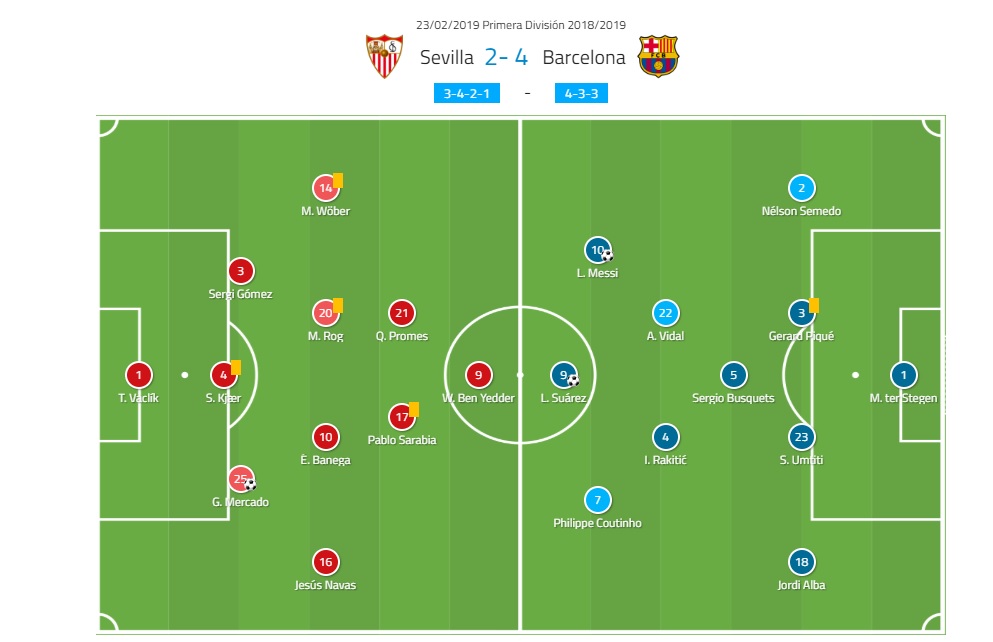 “I would pick Messi over Maradona because of his consistency” –...

Under the microscope: How Real Betis’ recent slump in form could...