The Catalan giants have waited 87 years for this single moment. For 87 long years, Real Madrid were seen as the better of the two eternal rivals, having a lead in head-to-head Clasico clashes. But this Saturday, Barcelona finally did it – they have finally turned the tides and made history. As it now stands in all-time meetings between the Blaugrana and the Royal Whites, Barcelona have 96 wins while Real Madrid are on 95: a truly historic comeback for the Catalans.

But as if this was already not enough, Barcelona have managed to completely bury their rivals in the span of three meagre days. First, they eliminated them from Copa del Rey with a brutal 3-0 showing. Then, two days after that, they crushed their La Liga hopes by expanding their lead to a mighty 12 points, leaving Real Madrid with little to hope for.

This tactical analysis will use statistics to determine just how Barcelona managed another win against Real Madrid at the Santiago Bernabeu, their 11th from the last 18 matches in the hearth of the Spanish capital. 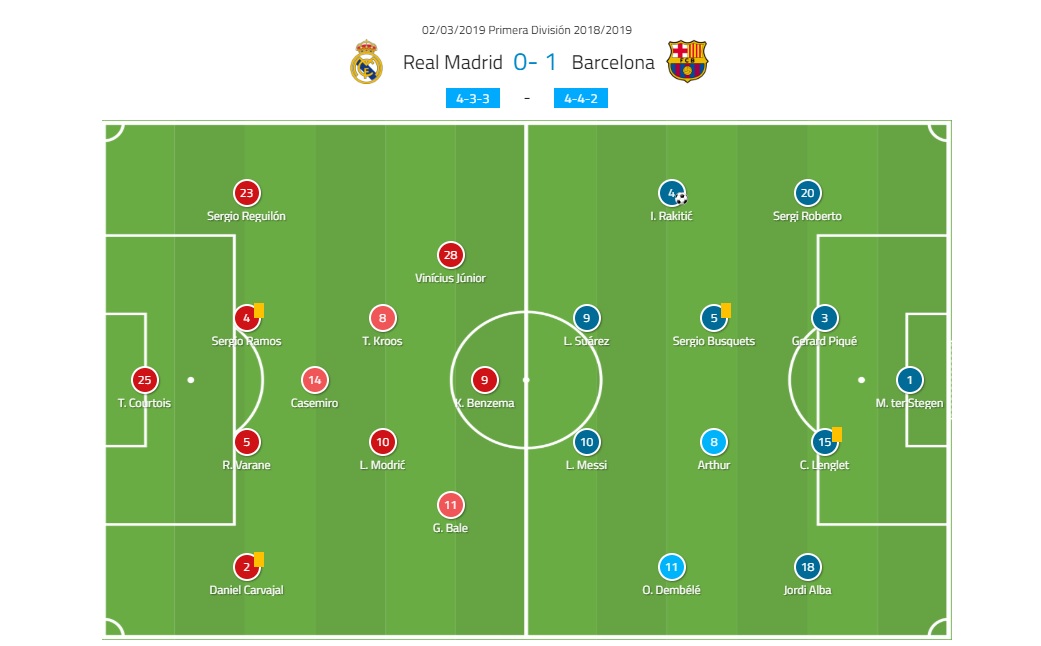 Eibar game shows Hazard is on the right track at Real...

The Stats: A win for Spain against Slovakia in the Euro...