On Saturday at prime time, Granada hosted the current Spanish champion, Barcelona. Even though Barça had their problems early on in this season, the expectancy was that they would take home a clear win, as they were strongly suggested as favourites. However, Granada were able to beat the Cataláns with a score of 2-0 and are now even occupying a Champions League seat, having earned ten points in five games. Barcelona on the other side are stuck with only seven points. They also conceded their ninth goal in the fifth La Liga game this season, being the team with the worst defence in the league. The score along with the unconvincing game they played slowly but surely increases the pressure upon Coach Ernesto Valverde.

Our tactical analysis will explain how Granada were able to beat Barcelona thanks to the tactics of Diego Martínez. The analysis will show up weaknesses in Barcelona’s game, which clever sides like Granada can exploit. 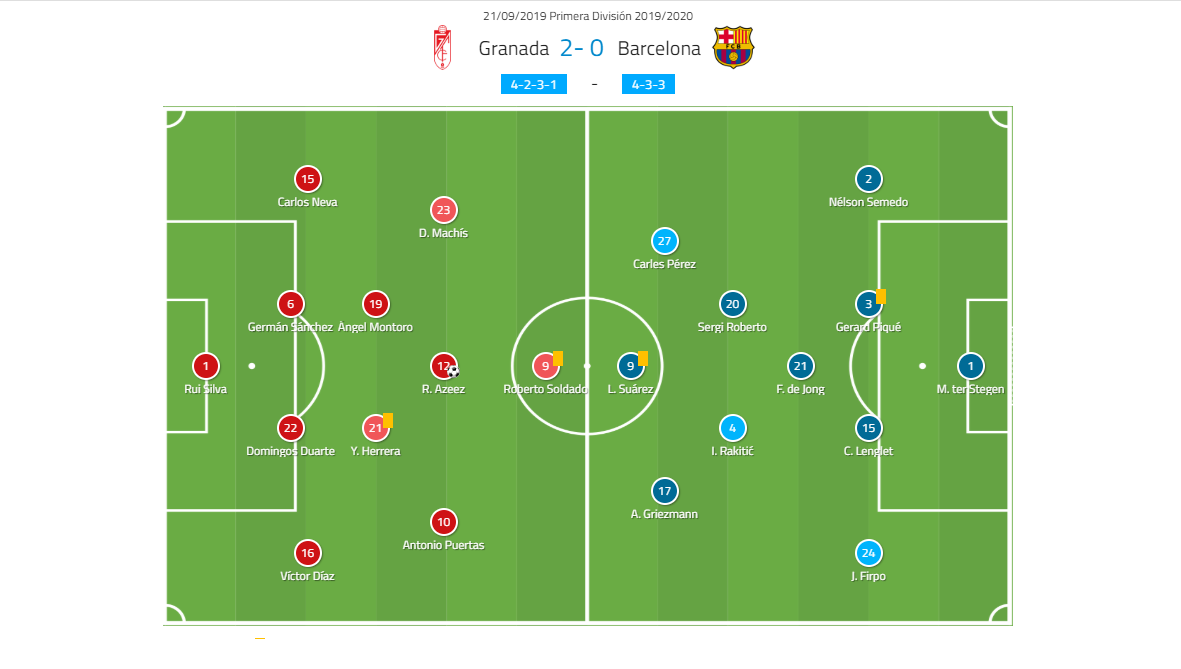 For Granada, left-back Quini and central midfielder Yan Brice Eteki were ruled out. Yangel Herrera in the defensive midfield position turned out to be more than a replacement, having played a brilliant game. The same applies for Ramón Azeez who played as a central advanced midfielder instead of Carlos Fernández, who one might have rather expected in the starting XI. Coach Diego Martínez used a conservative, but effective 4-2-3-1 system which suits his team well.

If you love tactical analysis, then you’ll love the digital magazines from totalfootballanalysis.com – a guaranteed 100+ pages of pure tactical analysis covering topics from the Premier League, Serie A, La Liga, Bundesliga and many, many more. Buy your copy of the August issue for just ₤4.99 here

Get fit: World Cup winner has to revive his Barcelona career

Wrong decision: Juventus outcast should join Barcelona on one condition