In what felt like an appetizer to the French main course coming up this Wednesday, Barcelona hosted relegation-bound Rayo Vallecano at the Camp Nou in La Liga. The Catalans needed some time to wake up but managed to get the big three points to maintain their distance in front of Atletico Madrid, who still sit in second place.

Even though Ernesto Valverde probably wished the game could have been done and dusted earlier, an almost full strength Barcelona side had a lot of trouble breaching a well-organised and compact Rayo Vallecano defence. This tactical analysis will use statistics to determine just how the league leaders managed to come back from yet another deficit to snatch all the spoils at their home ground. 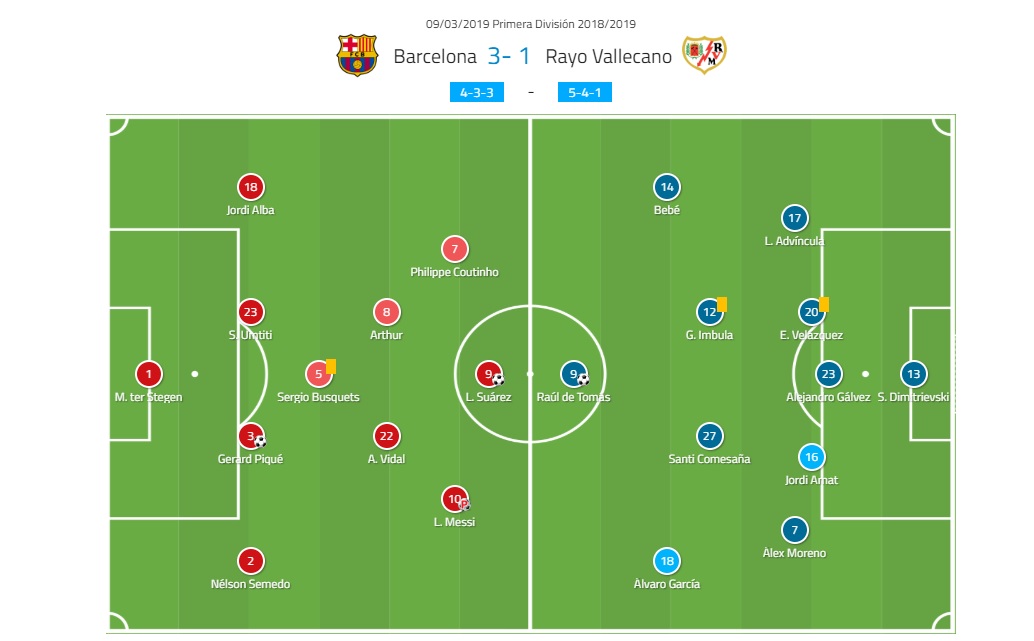 There were two ways Ernesto Valverde could have looked at this game: as an opportunity to rest players before a crucial Champions League clash against Lyon, or as a potential banana skin.

The potential return of a former striker isn’t as rosy as...