This analysis of Villarreal vs Valencia first featured on totalfootballanalysis.com

Both teams had strong seasons during the 17/18 season, with Valencia reaching 4th place and Villarreal achieving 5th place in La Liga. Both teams also spent heavily over the summer, investing in over €175m in players between them, hoping that these players would be able to propel them to the next level. As of yet, this hasn’t yet happened, with Valencia yet to find a win after the 4 games prior to this fixture, drawing 3 and losing one. Villarreal have also struggled, racking up 1 win, a daw and 2 losses before this fixture. With both teams out of form and of similar quality, both would be eager to get some points on the board. 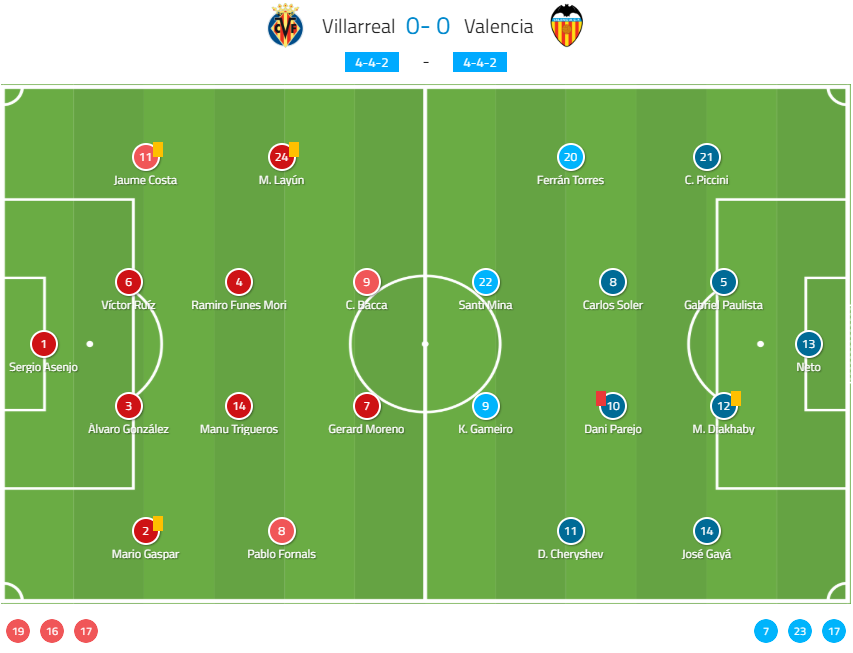 Both teams lined up in a 4-4-2 formation with quite a number of each team’s big money signings missing out. €18m striker Toko Ekambi missed out for Villarreal with Carlos Bacca and new signing Gerard Moreno preferred, whilst new signing Miguel Layun started on the left-hand side of midfield joining another new signing in Funes Mori – who played in the unfamiliar position of central midfield.

For Valencia, €40m signing Goncalo Guedes missed out, meaning he has yet to start a league game since rejoining from his loan spell last season. On-loan Chelsea star Michy Batshuayi also starts on the bench with Kevin Gameiro and Santi Mina instead leading the line. There was, however, starts for new signings Carlos Piccini at right back, Mouctar Diakhaby at centre-back and star of the World Cup – Denis Cheryshev who has joined on loan from opponents Villarreal.

Both teams played a very compact 4-4-2 system, with each team carefully choosing when their midfield or attack would press or drop back to defend deep. As both teams were playing the same formation, this often lead to a complete stalemate, with each team lacking options to move the ball forward with any real menace. 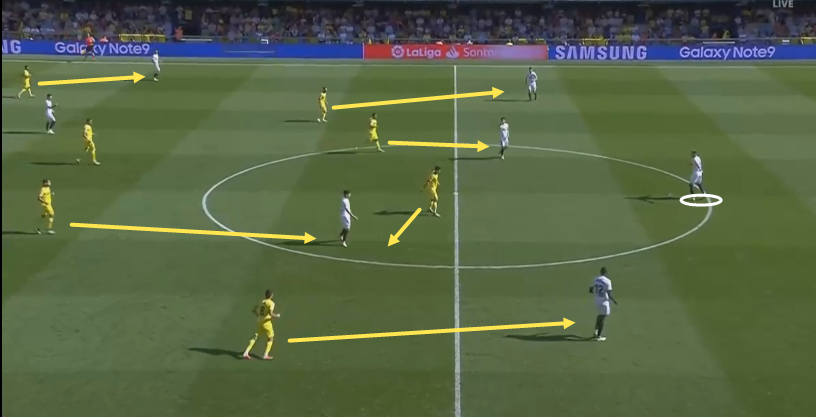 In the above picture we see a Valencia centre-back on the ball, Villarreal are happy to let him have possession in his own half and instead focus on cutting out the passing lanes to advance the ball through the lines. Villarreal drops their strikers back into their own half in line with the wingers (ready to shuffle across if the ball is moved to one of the full-backs) but don’t close down the player on the ball, instead keeping their shape and effectively man-marking all available options.

Interestingly Valencia did things slightly different, instead moving a winger into a more central position when out of possession (circled), who would then shuffle across when Villarreal moved the ball out wide, giving Valencia a slight dominance in central midfield. 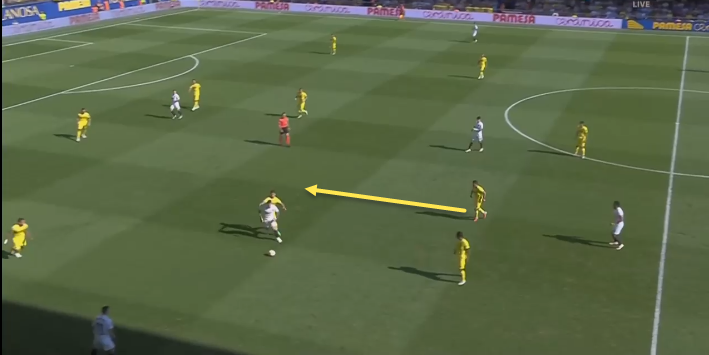 When the ball was moved into the midfield, each team dropped back to defend in numbers, with an extra focus on defending the middle of the pitch, with full-backs and wingers allowing the ball to be moved out wide – instead allowing the cross to come in. 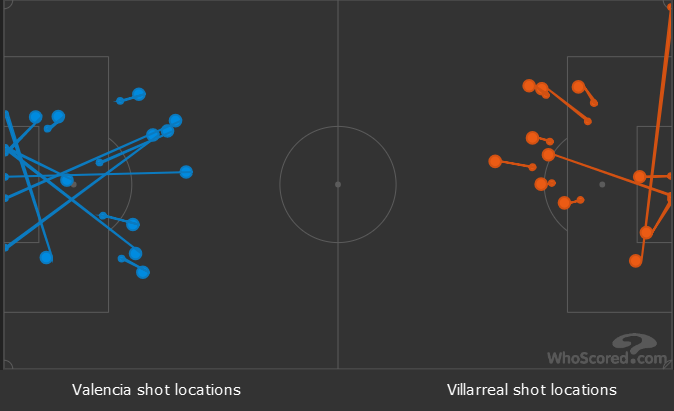 The result of this cautious stalemate was a lack of quality chances for each team, with very few shots from decent locations, and an even fewer amount of shots on target, which was obvious after the first 20 minutes of the match that there wouldn’t be (m)any goals.

Valencia adapts to the red card

Valencia central midfielder Dani Parejo saw red in the 58th minute for a 2-footed tackle, which looked likely to open the game up, and it did slightly. Before the red card, the possession was relatively balanced with 53.2% possession for Villarreal with Valencia having 46.8% possession. From the red card to the end of the match, Villarreal unsurprisingly enjoyed an increase in possession, rising to 60% possession.

The onus was on Valencia to adapt, which they did by taking off striker Gameiro and replacing him with ex-Arsenal midfielder Francis Coquelin to retain their numbers in midfield, instead sacrificing their ability for the forwards to be the first line of defence. 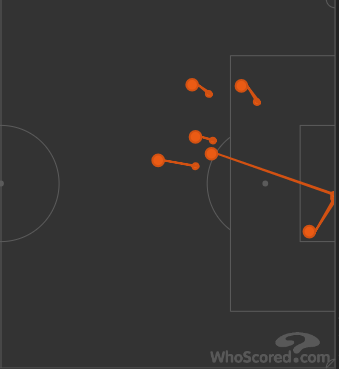 As we can see from the shot map (taken from the red card to the end of the match), maintaining the stability in midfield was key, as Valencia still managed to limit Villarreal to only one shot from a dangerous location.

The Valencia left-back Jose Gaya was undoubtedly my man of the match with a superb performance. The 23-year-old apparently turned down Arsenal, Manchester United and Atletico Madrid over the summer to sign a new 5-year contract, and it’s easy to see why such prestigious clubs were interested in him with a superb game. Gaya attempted an incredible 7 tackles (double that of his nearest team-mate), with a successful tackle rate of 100%, combined with 1 interception, 1 key pass, 1 shot and a pass accuracy of 82% it was a terrific performance from the youngster. He obviously became slightly more withdrawn after the red card which is to be expected, but it was a confident and mature performance that will surely raise more interest in him.

Whilst a tactically interesting match, it did lack somewhat in entertainment for a majority of the match with both teams effectively cancelling each other out. The sending off changed the game slightly, but neither team really looked like scoring. That being said I imagine with the quality that each club possesses that both teams are relatively happy with the draw to get another point on the board, and will instead look at taking advantage of the weaker opposition in future games to get some more points on the board, although both have challenging fixtures up next, with Villarreal travelling to face Athletic Bilbao whilst Valencia are visited by Celta Vigo.

How Does La Liga Stack Up Among the World’s Richest Sports...

Javier Tebas is hopeful of all the European leagues wrapping up...

How did Real Betis overcome Espanyol to progress in the Copa...

What is the problem with Andre Silva?